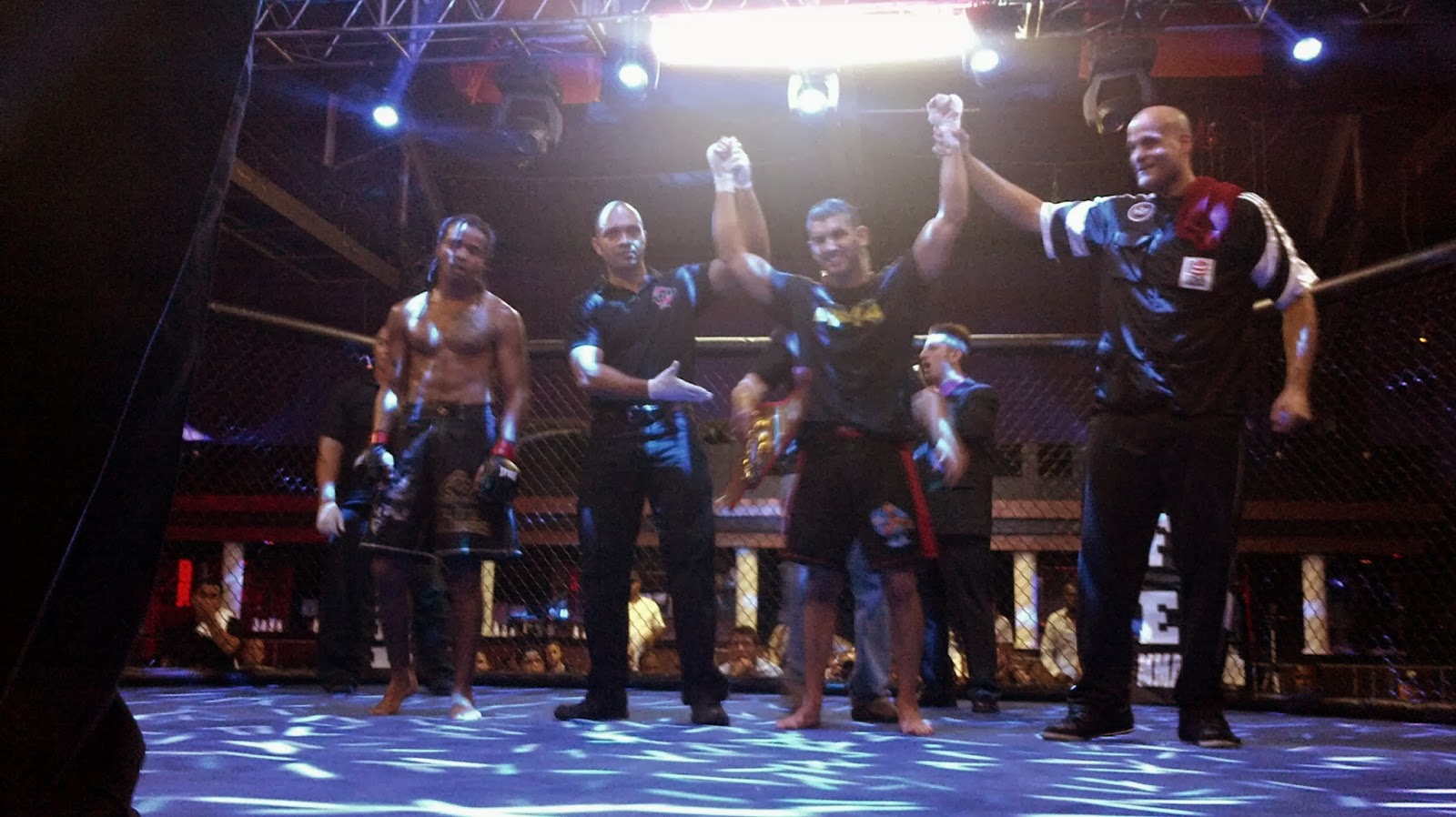 Another day passes, and another day we're closer to the New York Fight Exchange's next show. As I said yesterday, doing a preview for Saturday night's event at the Amazura Concert Hall in Jamaica, Queens, could be problematic given the amount of changes an amateur fight card undergoes up until fight time. But the NYFE event is a big, important one in the New York MMA scene, so it deserves some sort of coverage.

Here, then, are more videos of some of the fighters on the card in action. Enjoy!


Felipe Carlos and Uniah Banks, who fought each other at the last NYFE. Carlos is fighting for the NYFE featherweight belt on Saturday; Banks is fighting because he's a stud:
)
)
)