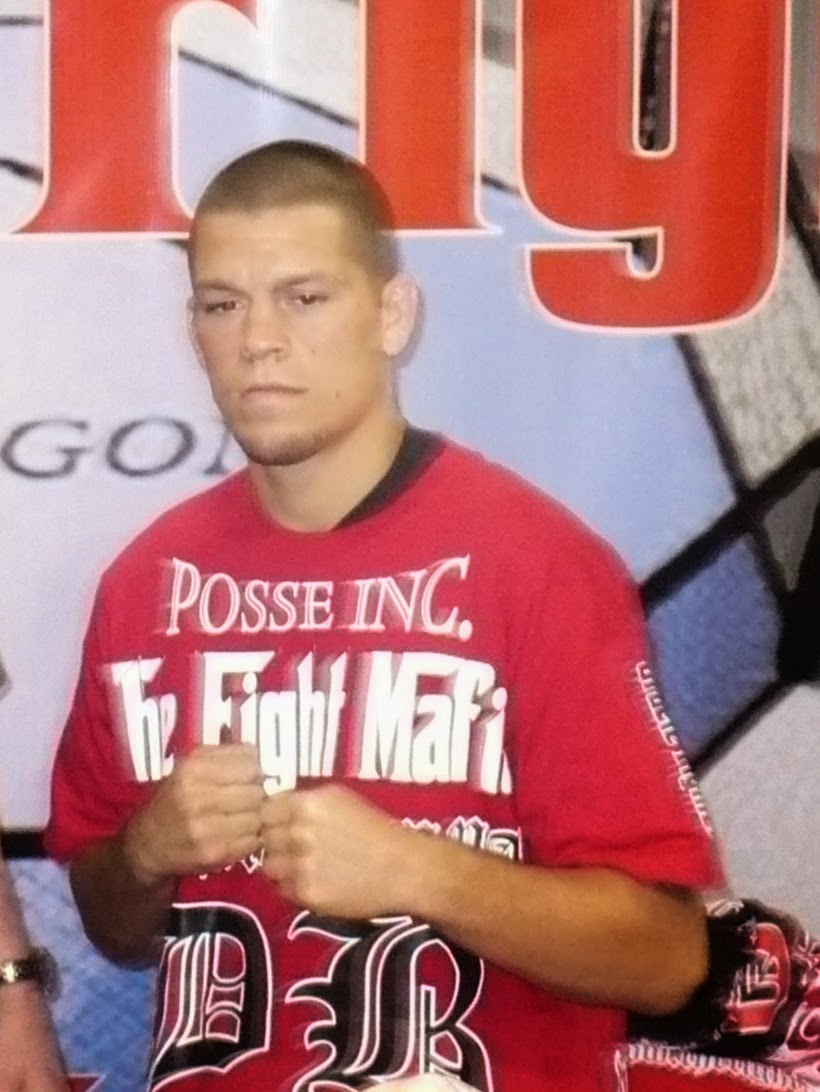 Nate Diaz ain't scared, homie, and lately he seems to have some beef with his employers. Despite winning a season of TUF, establishing himself as a top ten fighter in the the lightweight division, and fighting for the belt, the younger Diaz brother is not happy with the quantity of Benjamins the the UFC sends his way.


Ariel Helwani at MMAFighting has the lengthy interview, but the crux of it is:


"They need to be about more money. My contract is all f*cked up. I want to be paid like these other fighters. I'm over here getting chump change. At this point, they're paying all my partners and other people I train with are getting real money, and it's too embarrassing for me to even fight again for the money they're paying me. So they can either pay me or let me go. I'm with that."

Diaz goes on to say that he makes $60,000 to show and $60,000 to win, and that he suspects that Arianny Celeste, Brittney Palmer, Joe Rogan and Bruce Buffer all make more money than he does.

A tweet Diaz sent out today sums it all up perfectly:

In his last outing in the Octagon, Diaz rematched with Gray Maynard and TKO'd in the first round. Prior to that, he lost handily to Josh Thomson and then-champ Benson Henderson.

What do you think? Does Nate deserve more than he's making?
Posted by Jim Genia at 9:55 PM

I agree with Nate. UFC fighters need a union badly. Easier said than done though, just look at the Fertitta's casino situation.

I don't know if there ever will be a fighters union. The UFC is good at keeping their top guys happy.