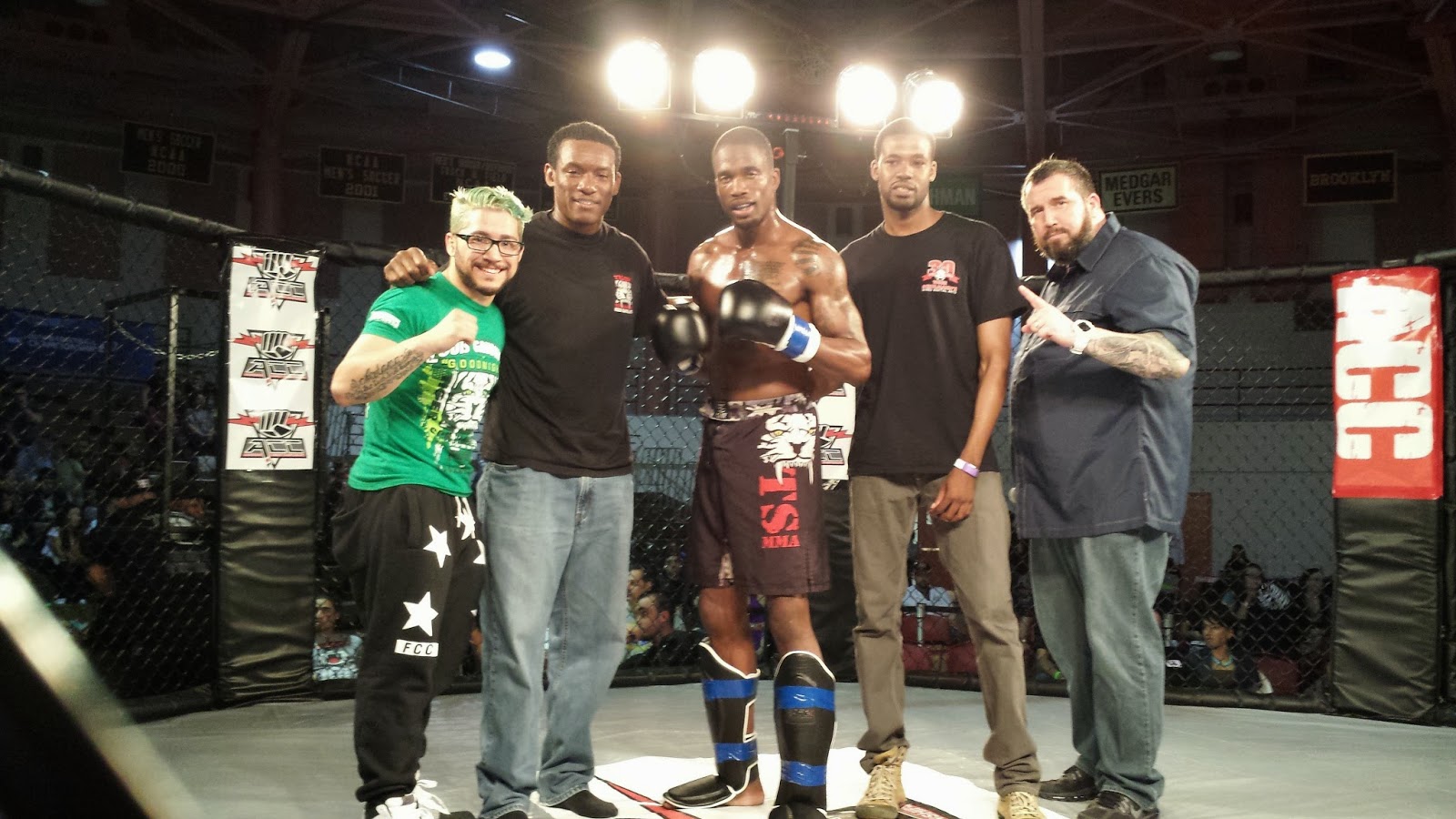 While the UFC was rockin' Cincinnati, O.H., with UFC Fight Night 40, New York was getting its own personal dose of caged fighting in the form of Aggressive Combat Championship 6, and with battles galore stretched out over 13 fights in the gymnasium of York College in Queens, it wasn't a bad night at all.


In terms of beatdowns, ACC saw two hot prospects do their thing in violent fashion.

Repping Team Tiger Schulmann was the perpetually-amped Steve Inoshima, who met Eric Reed head-on in a Muay Thai bout and ran right over him.


Not to be outdone by that crushing performance was Jungle Gym's Danny Rodriguez. Rodriguez clashed with veteran Issias Guera in an amateur MMA bout, and, well... see for yourself.


When it came to smooth submissions, Christian Medina and Tino Nalpantidis were kings.

Medina, who hails from East Coast United, made short work of Bryant Estrada, matching Estrada's aggression with just the right amount of technique to elicit a tap out.


East Coast United teammate Nalpantidis played a similar song, only against Kenny Rayside his was a bit more dominant.


In female action, Long Island MMA rep Hannah McGuckin repeatedly took Destiny Quinones down and controlled her with a smothering top game. This earned McGuckin the unanimous decision when time ran out.


It was a satisfying evening for fight fans, and if Aggressive keeps it up, they're on track to have a very stellar year.


Combat Jiu-Jitsu
Amateur MMA
Posted by Jim Genia at 10:35 AM