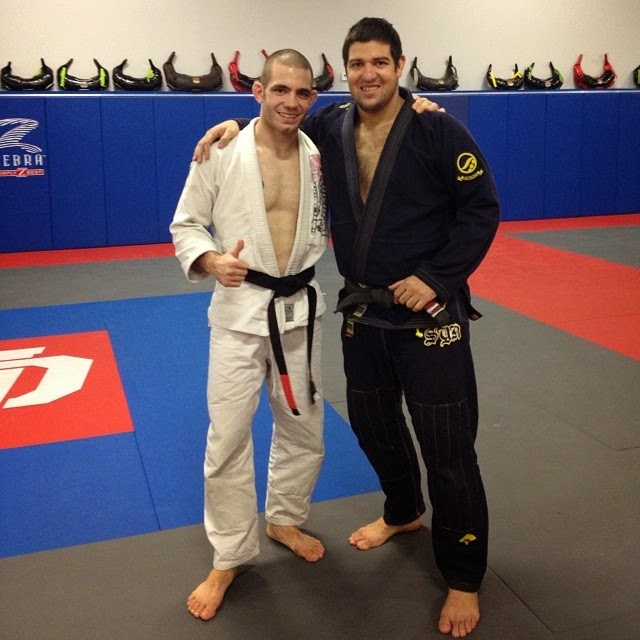 Tom Gallicchio is fighting for a lightweight belt at MFC 40 on Friday. Since his MMA debut eight years ago, Tom has won 18 out of 26 fights, and of those 18 wins, 11 were via rear naked choke. In January he was awarded his black belt in Brazilian Jiu-Jitsu. Can you say, "About freakin' time"?


Against Igor Gracie at Gracie's MMA debut at a Ring of Combat, Tom did not find the rear naked choke, but he did beat the crap out of him for the clear-cut unanimous decision. Just prior to that, though, there was the business of winning a belt in the short-lived New Jersey promotion Battle Cage Xtreme. Guess how that one went?