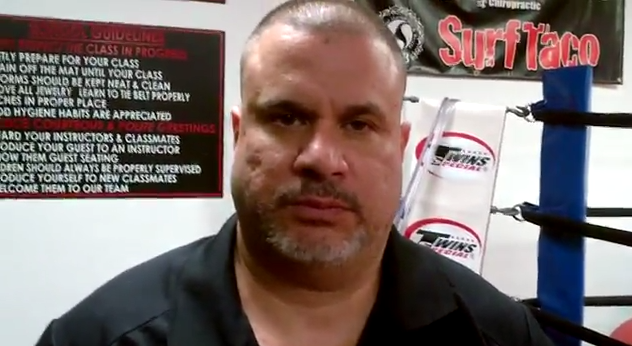 For years, fighters who've fought in New York have had a hard time doing the same in New Jersey, with would-be competitors having to get the full range of medical screening normally reserved for pros. This is done for the obvious reasons, and until the law in New York is amended, things probably won't change.

I spoke to Lembo about this months ago while researching for the Deadspin article.


It's an issue of health, safety, fairness and integrity of the contest. I'm not against amateur fighters fighting in most other jurisdictions - they can simply compete in Pennsylvania, Ohio, Mohegan Sun and Foxwoods for example. But right now New York is not regulated by an athletic commission, therefore I'm not seeing the results on the database that identifies the individual and gives you their record, their history, any medical issues or suspensions. So when I'm seeing a fighter from New York, I frequently have the issue that I don't if the fighter has had zero fights or ten fights, I don't know if he has been knocked out the night before he shows up in New Jersey, I don't know if he's had any medical problems. I don't know anything about that fighter. It's not a mark against the New York fighter, it's a concern about what's happening in New Jersey. An unknown fighter to me is a dangerous fighter.

Watch the interview below. And if you're a promoter, maybe send in the official results? It doesn't just help athletic commissions, it helps fighters and fans (and reporters, too).