A Trip Down Memory Lane with Royce Gracie and Kimo 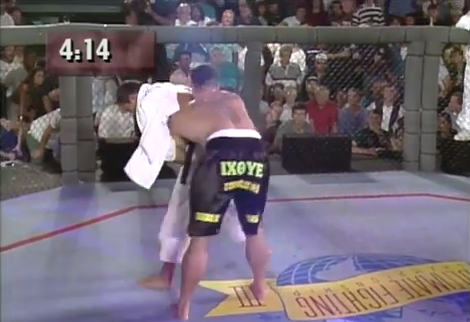 UFC 3 was on September 9, 1994, and Royce Gracie - a scrawny Brazilian utilizing a "new" kind of martial art to destroy everyone - was pretty much a lock to breeze through the eight-main tournament he'd dominated twice before. The only thing standing in his way was a purported Tae Kwon Do stylist who for some reason lugged a big wooden cross to the cage. No problem, right?

Heh. Turns out that Tae Kwon Do dude was Kimo, who somehow knew a thing or two about grappling, and gave ol' Royce the fight of his life.


Rewatch that classic bout here, and if you're like me and saw that fight when it first aired, maybe you'll remember that feeling you got when you saw Brazilian Jiu-Jitsu challenged and still come out on top.