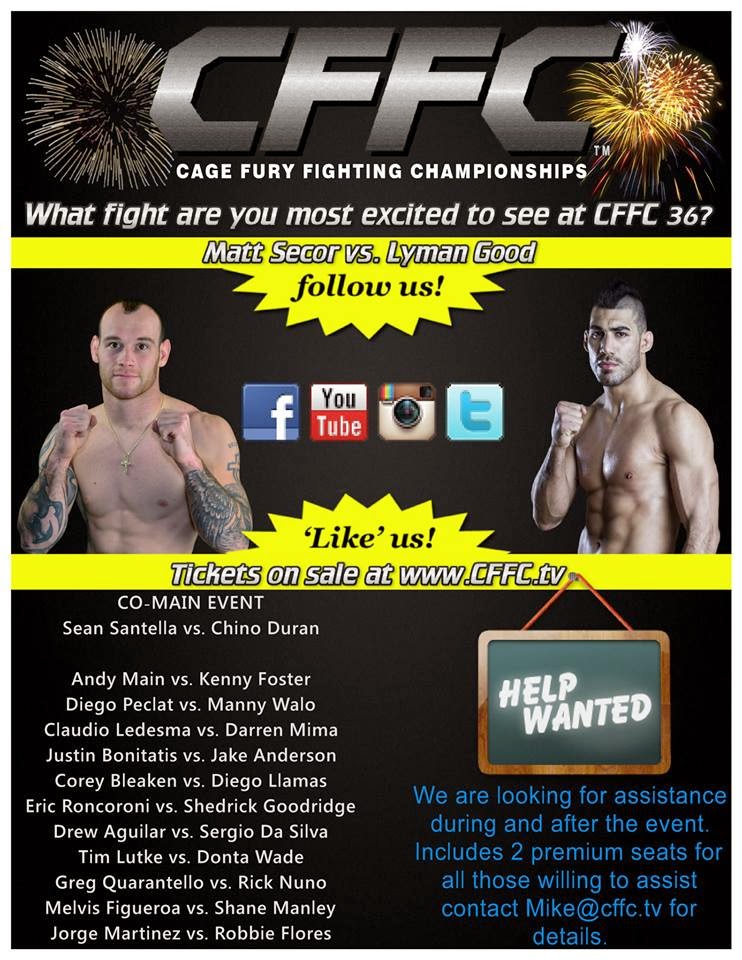 Cage Fury Fighting Championships 36 is tonight in Morristown, N.J., and though I'll be going to the Golden MMA Championships in Queens instead, I'll be there in spirit. Or something like that. Anyway, MMAJunkie did a profile on CFFC president Mike Constantino ahead of the show, and it's definitely worth checking out.

Some of the more salient quotes include: