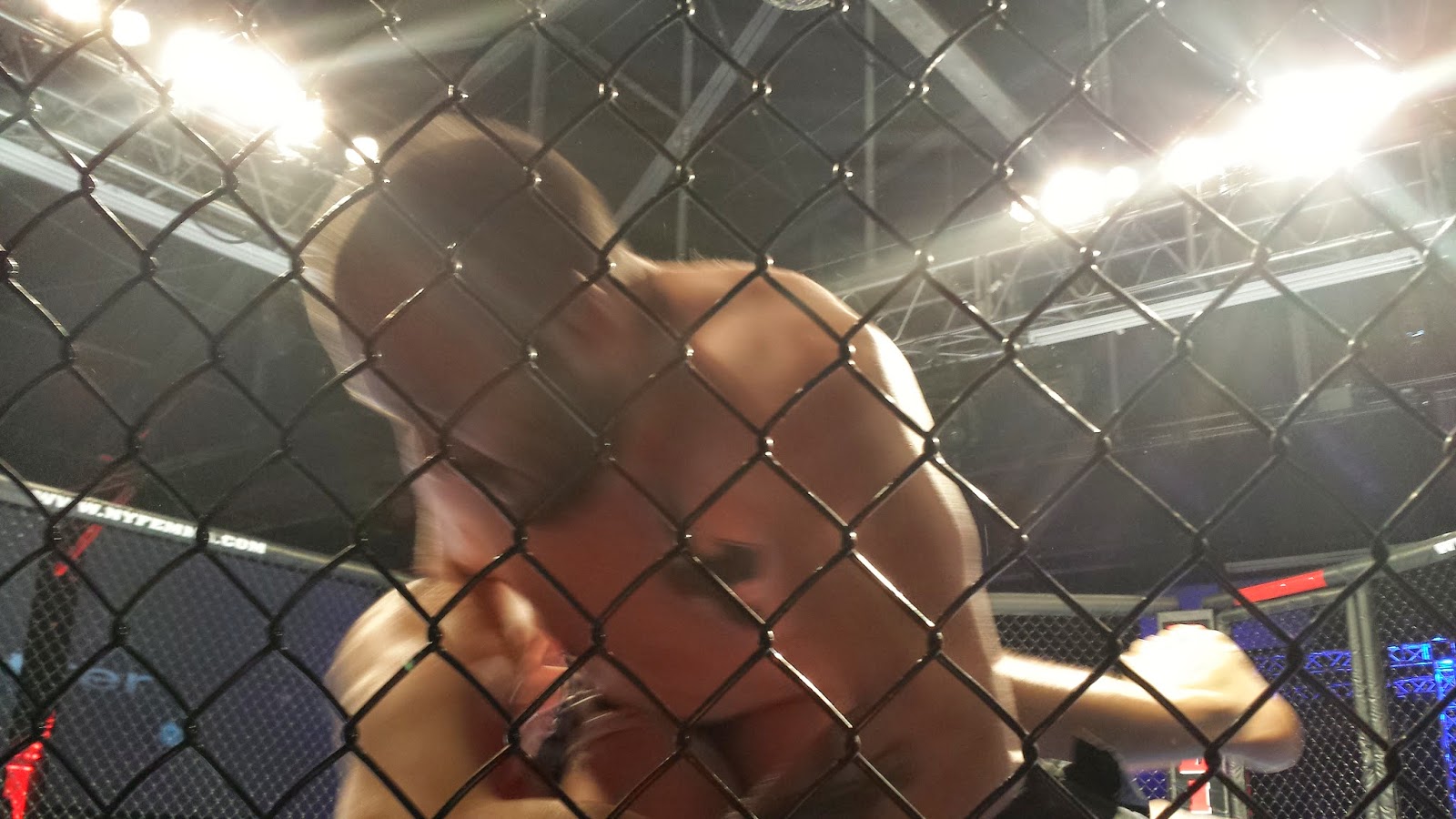 In terms of action, Saturday's NYFE 3 show delivered in a big way. Without even counting the thrilling championship bouts, there were some hard-fought battles and brutal beatdowns peppering the card that had the crowd going wild.

Here are a few examples.
Not a lot was known about Nestor Xicohtencatl going into his bout against Jungle Gym exponent Ozzie Perez, so it was assumed - especially by me - that the known quantity in Perez was going to steamroll over the dude from Connecticut. After all, how could Nestor deal with Perez's relentless ground attack?

He dealt with it pretty well, apparently.


Jungle Gym did have its star on Saturday, and that was Paul Grant, who stifled some serious leglock and heelhook attempts by LIMMA's Rob Diggle en route to taking him to Ground-and-Pound Town.


Ryan Hardy-Evans is made of iron. After withstanding some of Kristian Franco's best, he was able to remain as sharp as ever, and he turned the tables to get the stoppage.