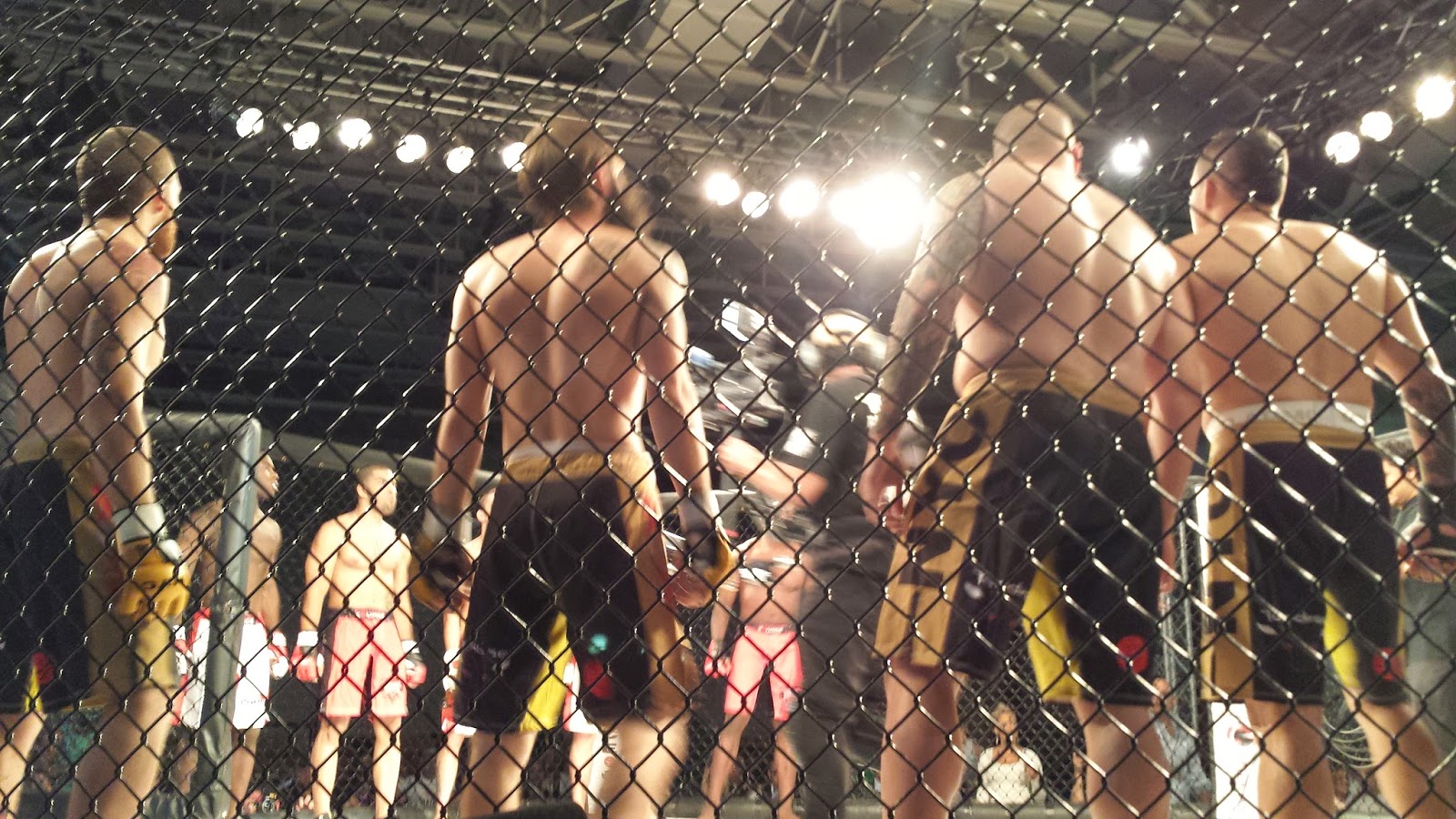 The traveling MMA organization known as Fighters Source came to town last night, and with the Golden MMA Championships as its local promoter base, a team comprised of amateurs from Chicago and Miami squared off against a team of New Yorkers.

And the New Yorkers got clobbered.

Out of five fights, the home team won not a single bout - which was strange, because on paper, the bouts should have been way more competitive.

There was Marwin Roque, the instructor at Renzo Gracie's Academy in Astoria who had remained undefeated for years while competing in the Underground Combat League. In theory, he should have had his way with Will Calhoun on the ground. But Calhoun had blazing hands that packed a serious wallop, and after absorbing hellacious damage, Roque told the ref he could see and the bout was waved off.


Mike Hauben put away Ken Sweeney with a slick heelhook in his last trip to the cage, and when his opponent Justin Vargas very nearly killed himself trying to make weight, it was almost as if Hauben getting the "W" on Saturday was the surest of sure things.

Vargas had other ideas, though. For pretty much the duration of the bout, he dished out punishing leather no matter what Hauben did or where the fight went. It only ended when the local fighter had no where else to go and nothing else to do except eat fists.


Team New York's best performance came from the veteran Eric D'Arce, who went the distance with Chris Francis. For three rounds the two battled - D'Arce threatening with chokes and Francis finding ways to stay on top - and when time expired, the majority decision went to the fighter from the away team. D'Arce was despondent afterwards, but in retrospect, he kicked the most ass of all.


Despite the rough night the locals had, Saturday's Golden MMA Championships was a superb event. One of the Miami fighters had a busload of supporters screaming for him in the audience, Jeremy Bellrose of the ISKA provided some of the best refereeing New York City has seen thus far, and Fighters Source's made-for-TV production put a fine polish on the whole affair (in a throwback to the ill-fated International Fight League, all the fighters wore shorts and gloves identifying their team affiliation - and it worked).

Still, it stings that no one from the home team made it to the Fighters Source tournament finals scheduled for the Javits Center in July. One can only hope that that event will at least have locals to cheer for on the undercard, and that sometime in the future the absolute best of New York - like Hugh McKenna, Jerome Mickle, Mike Kuhn, Gerald Javier, Gregy Styles and the rest - will get a chance to avenge us, and send those boys from Miami and Chicago packing.