The Bull Dethroned at NYFE's Best Show Yet 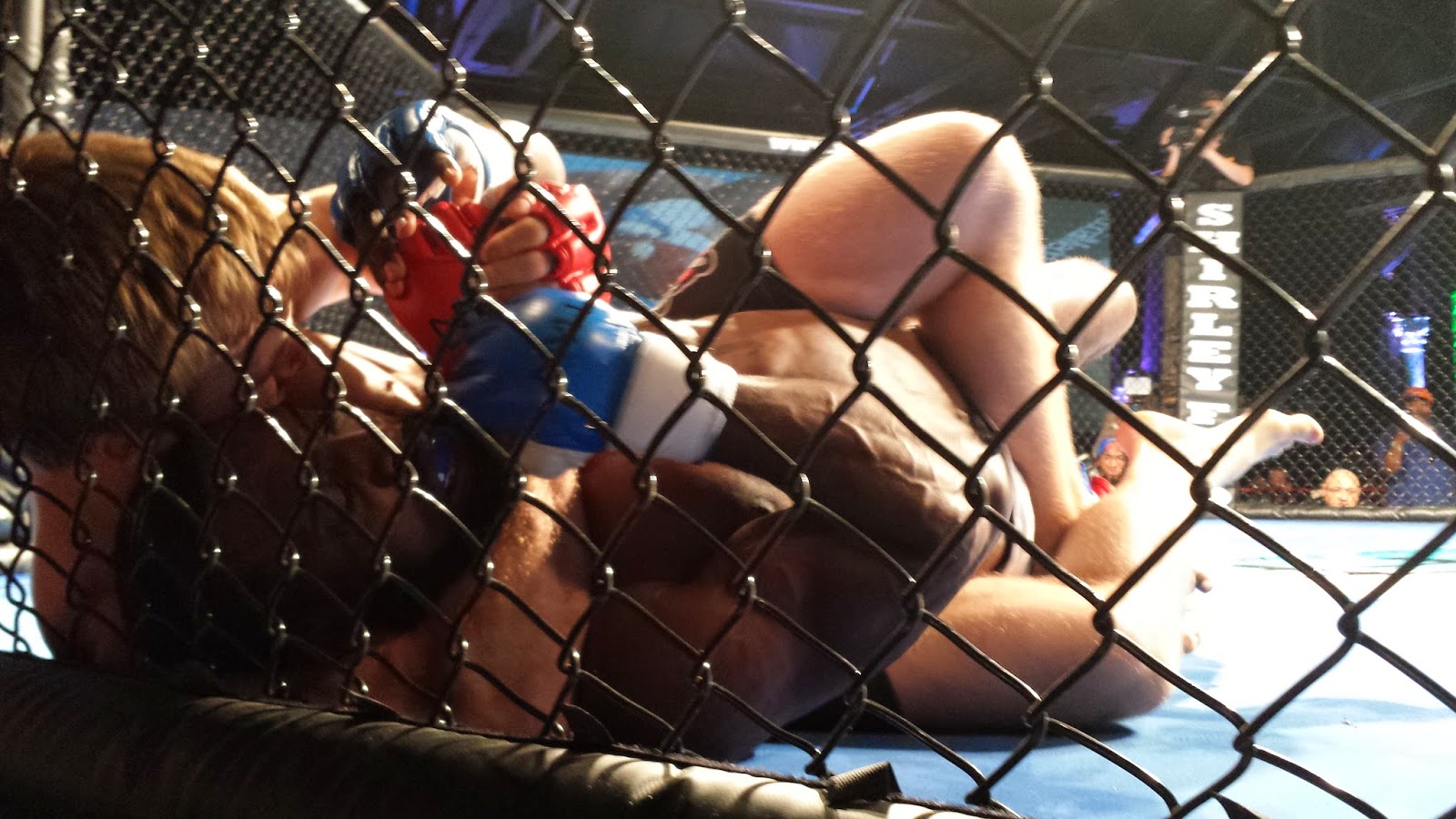 Saturday's New York Fight Exchange installment was a momentous one. The fight team fielded by Long Island MMA was almost unstoppable, with five out of six of their fighters coming away with wins; champs at bantamweight, middleweight and welterweight were crowned; and, Hugh McKenna - a dark horse who eschewed all media requests leading up to the event - handed the seemingly invincible Jerome "The Bull" Mickle his first loss ever. It was a thrilling night of fights, and an event that proved to be NYFE's best one yet.

If there were any clues to be found in how McKenna would do in the cage, they came in the form in the masterful performances executed by his teammates. Although an ultra-game Rob Diggle fell to Jungle Gym warrior Paul Grant early on in the card, it become the "LIMMA Show" after that.

First, there was Joseph Ninomiya, who roughed up Matt Kaplan enough to warrant a doctor stoppage (due to some nasty swelling below below Kaplan's eye) in between the first and second rounds. Then there was Riqui Pigatti Jr., who had a close, hard-fought contest with Chris Acevedo and took the decision. For the 135-pound belt, Mike Kuhn survived a precarious first round with Elijah Punzone affixed to his back for the duration; Kuhn turned the tables and took Punzone's back in the second. He wasted no time in flattening him and punching him out.

With the 185-pound strap up for grabs, Eric Ott went through hell with Constantine Gemelas, and like Kuhn before him, he refused to wither. Ott caught Gemelas in a triangle choke in the third round, swept him, and rained down fists for the stoppage.

In a career stretching back a few years, none had been able to tame the raging Bull. But McKenna, who was 2-2 coming into their NYFE title bout, refused to be gored by Mickle's explosive striking and raw power, and executed a near-flawless gameplan comprised of wrestling and jiu-jitsu. Mickle's only chance to throw leather came in a brief exchange on the feet late in the first round, but it was otherwise all about McKenna doing everything right to stifle and impose his will. The end came early in the second.


Other notable bouts on the card included:


-The regrettable ending in the bout between fan-favorite Ken Sweeney and Wendell Gerard. Sweeney hoisted Gerard up and slammed him to the canvas, and suffered a fight-ending injury in the process.

Although it was feared Sweeney had broken his collarbone, a lengthy visit to the nearby emergency room pointed instead towards a complete tear of muscle and tendons.