The History of MMA in the Five Boroughs: Brooklyn Edition 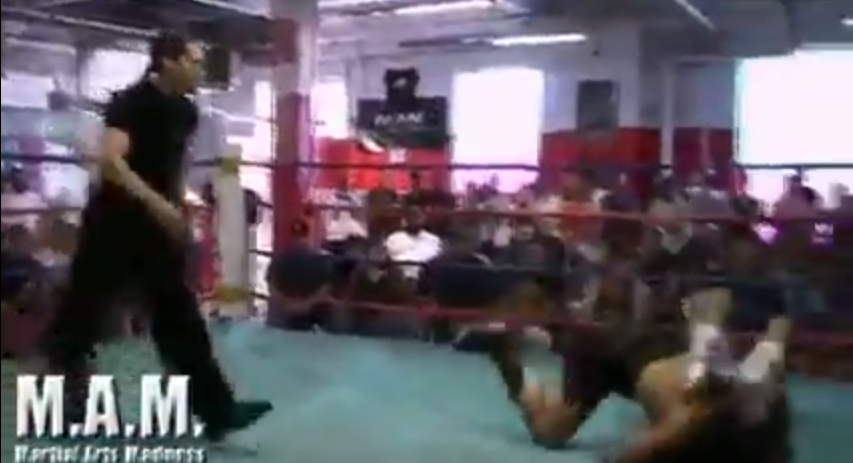 This weekend will see the debut of the Extreme Cage Fighting's Battle at the Aviator at the Aviator Sports Complex in Brooklyn, and in honor of the borough that the Beastie Boys recommend no sleeping until you get to, here's a little stroll through the County of Kings' history in regards to mixed martial arts.

The late martial arts instructor/promoter Gene Fabrikant gets credit for being the first to ever put together MMA bouts on a fight card, with his International Fight Night shows turning the Oceana Restaurant and Nightclub in Brighton Beach into a scene straight out of a movie. Since Brighton Beach is a Russian enclave, fighters like Christian Montes and Nardu Debrah had to take on "hometown" heroes like Renat Myrzebekov and Edward Yusufob while businessmen sat at ringside tables smoking cigars and sipping vodka. This was back in 2001 to 2002.

The New York State Athletic Commission ended up stepping in to shut down Fabrikant's shows - I think the straw that broke the camel's back was an eight-man pro kickboxing tournament that had Robert DeNiro and Oleg Taktarov sitting in the audience - so for many years after that MMA events were "underground".

There was "Martial Arts Madness". Watch the video below to see how "mad" the event was.


Note the location of MAM's event - it was a boxing gym in East New York, which is the worst part of Brooklyn. The UCL even held a few shows at that same venue.

Since 2012, and New York's changed stance on amateur MMA, the scene has emerged from the shadows. A promotion has been doing shows in Canarsie called "Take It To The Top"...

There you have it - the history of MMA in Brooklyn. RESPECT.
Posted by Jim Genia at 2:51 PM