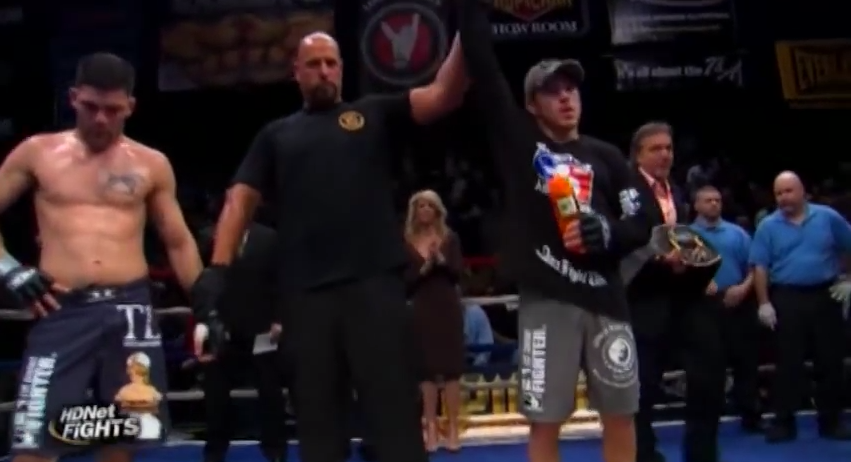 Jim Miller is headlining a UFC Fight Night on Wednesday, and he gets to do so in his old stomping grounds of Atlantic City, N.J. This will be Miller's eighteenth venture into the Octagon, and after nearly six years of calling those hallowed grounds his home, it's hard to imagine he'd ever fought anywhere else.

But he did. Once upon a time, Miller was a rising star in the Northeast circuit, taking on the best and taking out the rest. He even had a little friendly rivalry going with perpetual Garden State tough guy and MMA pioneer Chris Liguori.

Miller and Liguori first clashed at Ring of Combat 17 on November 30, 2007. The two battled back and forth, but the bout came to an abrupt end after Round 2 due to a doctor stoppage from a nasty cut Liguori had suffered. The result left a bad taste in the mouths of many, so of course they rematched months later at ROC 18.

You can watch the highlights below.