Bouts to Watch at Ring of Combat 49 Tonight 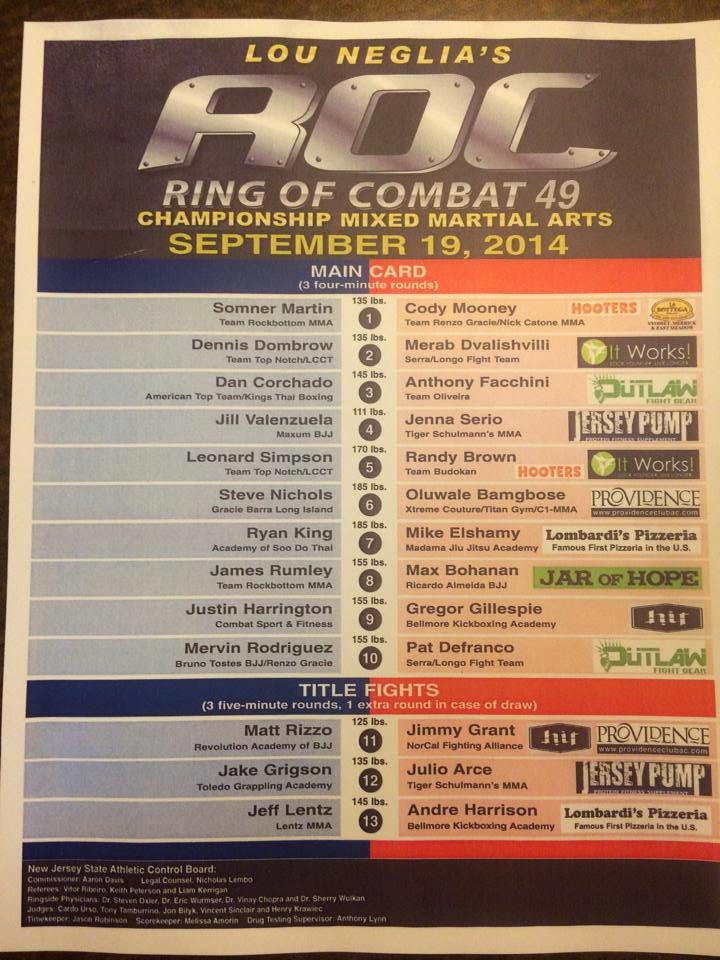 Yes, there is a Ring of Combat in Atlantic City, NJ, tonight. No, I am not going (stupid parole officer won't give me permission to leave the state...). But that doesn't mean there aren't some very intriguing bouts that you and I should care about - there are. And here they are!