This Guy Is Fighting Lyman Good at CFFC 43 On Saturday 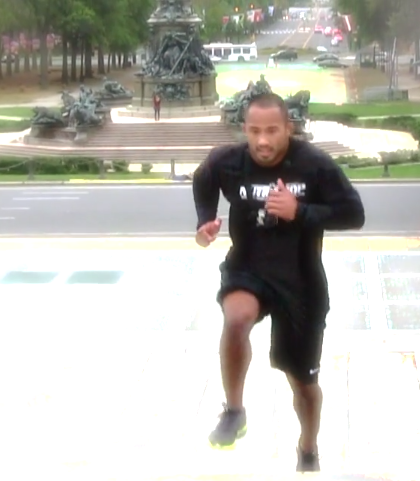 Jonavin Webb has done well for himself on the regional circuit. He went undefeated as an amateur, transitioned to pro and remained undefeated in all seven of his subsequent fights, and earned himself at Cage Fury Fighting Championship belt along the way. Too bad he has to face Lyman Good at CFFC 43 this weekend.

Here are the relevant facts:


CFFC 43 takes place at the Borgata in Atlantic City on Saturday, but it will be airing on pay-per-view as well.

Here's a video of Webb to get you acquainted with the doomed individual.

Jonavin "Spider" Webb from innerFury Productions on Vimeo.
Posted by Jim Genia at 10:04 AM