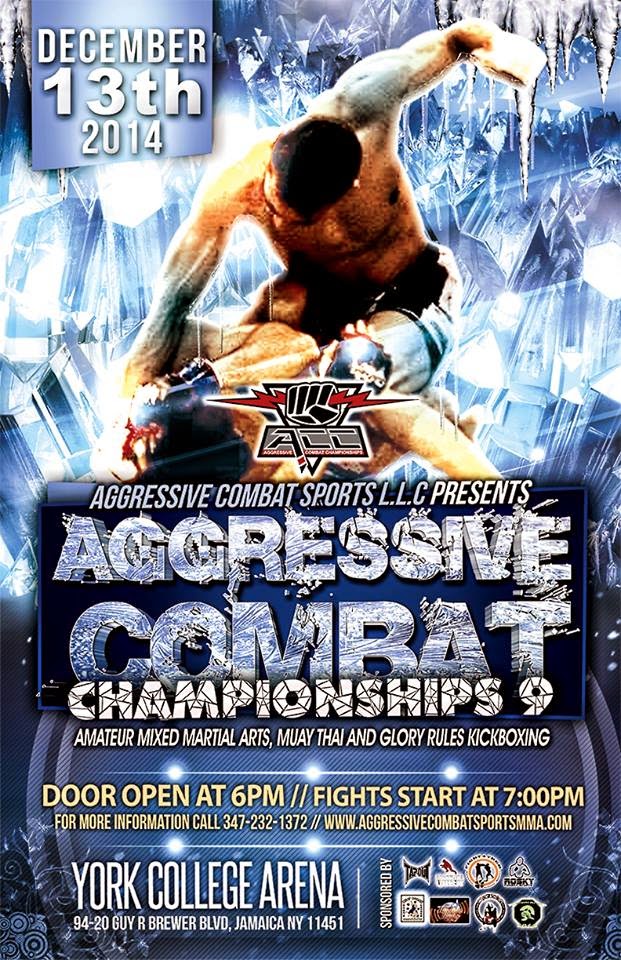 The last big MMA show in New York City for 2014 will be this Saturday's Aggressive Combat Championships 9, which will bring with it all the combative goodness you've come to expect from an ACC event. There are a bunch of reasons why this installment is worthwhile, and they include the polished production, the talent-rich pool of camps that sends competitors into the ACC cage, and the always exciting fights. But instead of laying it all out in boring words, I'm just going to show you a video of one of the fighters on Saturday's card in action. Christian Medina is his name, and here he is, kicking some ass at an ACC in May.