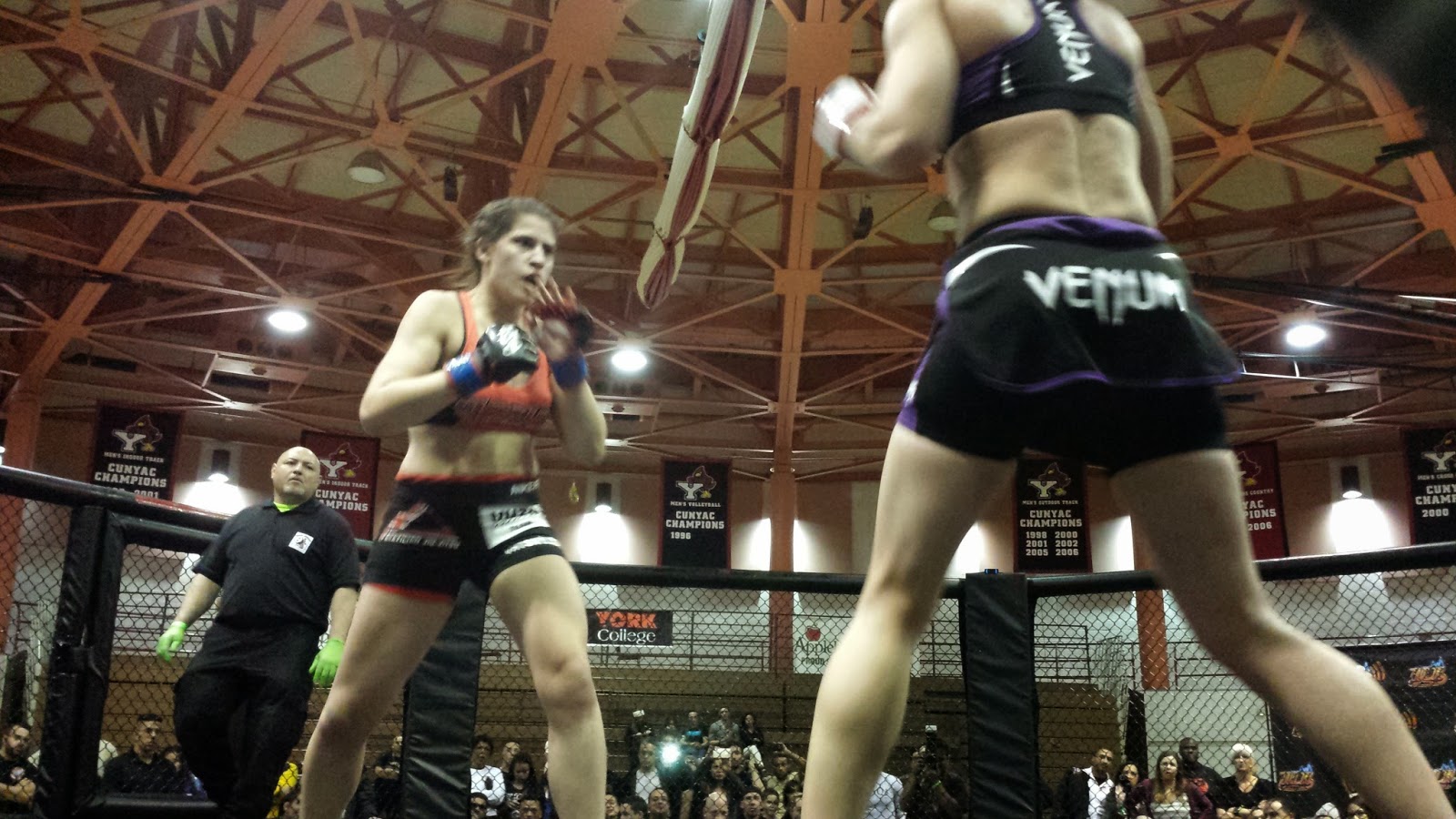 
DeCoursey took the decision and the strawweight belt, but the sheer competitiveness of the bout means that McGuckin is still most certainly in the mix in any title discussion.

Christian Medina ended up being on the more promising talents Aggressive uncovered in 2014, and on Saturday night he got to show why. Taking on a very hard-to-submit veteran in Florentino Laureano, Medina employed near-flawless jiu-jitsu to fire off sub after sub. To his credit, Laureano almost survived to the third round - almost - but eventually Medina caught him.


It took more than a few might swings of his axe, but eventually Bryant Johnson was able to chop down the sturdy oak that is Tino Nepolditis. While attempting to combat Nepoliditis' reach with some stick-and-move, Johnson soon found a sweet spot for his low-kicks in Nepolditis' thigh, and by Round 3 he had sufficiently chipped away at it to the point that the taller man was almost hobbled. From there came the ground assault and the TKO, which for Johnson meant an impressive win over very solid opponent.


With five solid events in 2014, Aggressive's output alone puts them ahead of the pack when it comes to Big Apple fight shows. The fact that they're a well-oiled machine with high production values, and that they've established themselves as a great platform for amateurs looking to get a taste of regulated fist-fighting... well, that's just the icing on the combative sports cake.

Thanks to Aggressive, 2015 should be a good year.