NYFE 6 and the Efficacy of the Amateur Scene 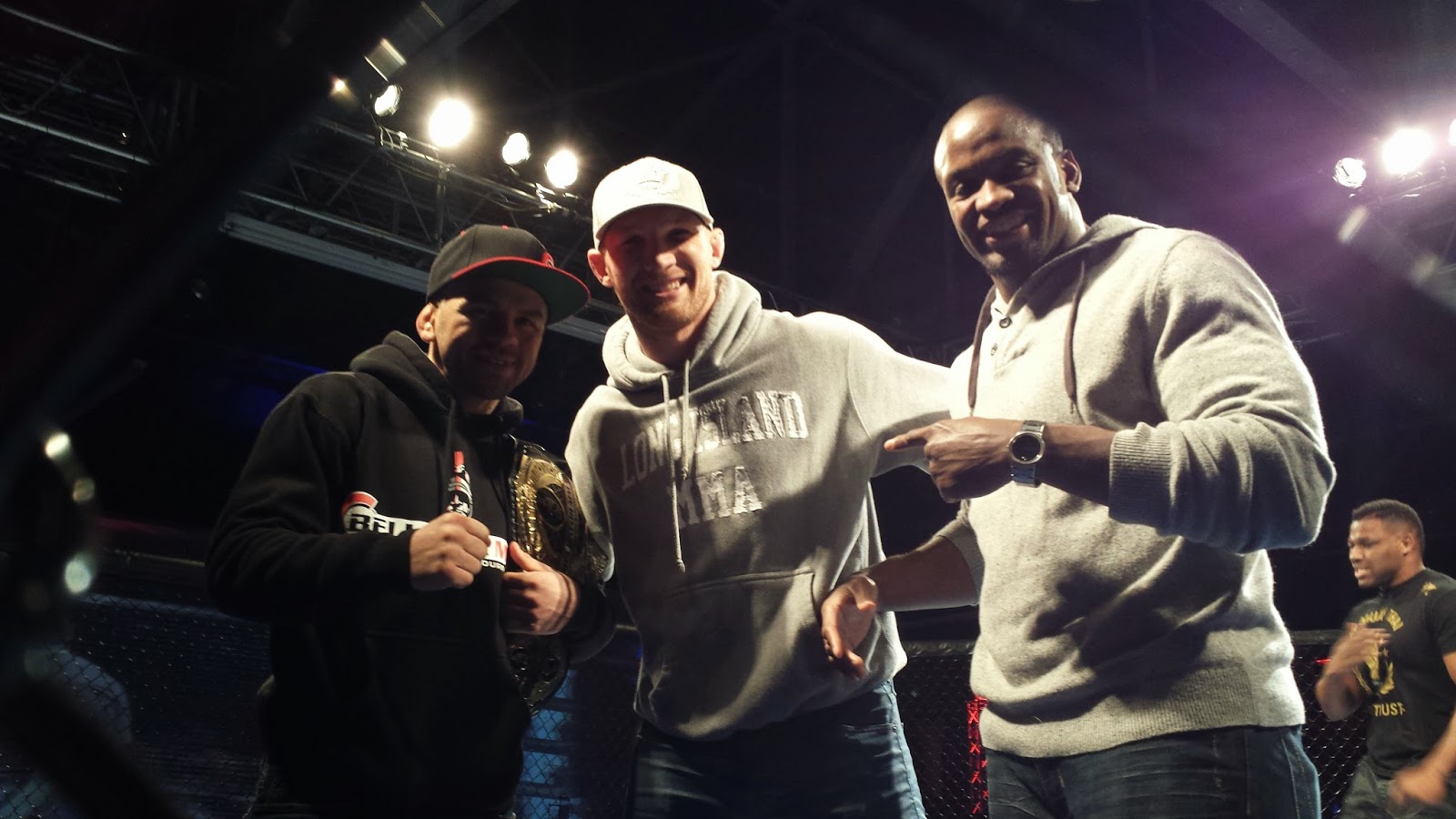 If the purpose of an amateur scene is to fine tune future pro fighters into well-oiled machines of martial combat, than Saturday night's New York Fight Exchange 6 in Jamaica, Queens, was proof positive that the scene works. Two champs capped off flawless amateur careers with victories that left no doubt that they're ready for the pro leagues, while others on the card stepped into the fire and got a taste of what they needed if they wanted any kind of success. But when all was said and done, the true sign of the efficacy of New York's amateur circuit took the form of an underdog's amazing performance against a former champ.


In MMA, as in nearly all combat sports, greatness is defined by the strength of the competition. If that's true, then Rich Pabon's battle with Mike Kuhn - the aforementioned ex-champ - has Pabon knocking on greatness' door with a heavy fist.

When last we saw Pabon, he was getting knocked out in the NYFE cage in mere seconds. It was a shocking loss, but since Pabon was taking the "Travis Fulton" route to mastering fighting (i.e., constantly taking fights and learning in the cage), the "L" was just one more on a record full of ups and downs.

On the other side of the coin was Kuhn. It didn't take long for the strong grappler to establish himself as a top bantamweight in the scene, which he did by securing the NYFE crown back in June. And though he was dethroned by Jungle Gym star Paul Grant September, that didn't take away from the fact that Kuhn has a ton of skill and ability.

Going by their stats, records and past performances, the NYFE 6 clash between Pabon and Kuhn should have been a foregone conclusion in favor of the former champ. Pabon, however, had other ideas.

After putting forth three rounds of pure amazing-ness, an ecstatic Pabon admitted to taking a couple months off of competing - a period of time he clearly spent learning and refining in the gym. His scrambles were fantastic, and though he did get clipped a few times by Kuhn leather, he was great work avoiding the "lights out" blow. At one point, corner man Andre Harrison (the ROC champ-turned-Titan FC fighter) shouted for him him to pass Kuhn's guard, and without hesitation Pabon somersaulted over the ex-NYFE champ's legs. The phrase "fun to watch" doesn't even begin to describe it.

It is, however, easy to describe bantamweight champ Grant. Since snatching the belt from Kuhn, the Jungle Gym rep has been the man to beat - a goal top contender Elijah Punzone had in mind when he entered the cage on Saturday night, and a goal Punzone would never attain.


In his postfight speech, Grant got the nod from coach Justin Garcia that this was his last amateur fight. From here on out, Grant will be a force to reckon with in the pros.

Another force to be reckoned with was Massachusetts native Sarah Click, who came down to New York City to take on champ Destiny Quinones. You can see how that played out...


Once again the New York Fight Exchange did everything right with their sixth show - and in so doing, helped prove once more that the amateur leagues are a vital and important part of the scene.