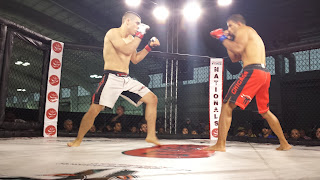 NBC New York turned their investigative gaze towards the amateur MMA scene in the state, and their findings took the form of a segment in today's broadcast, as well as an article on their website. It's titled "Battle Over Regulating Amateur MMA Fighting in NY Rages Amid Potential Health Risks", and it does a good job of touching upon the safety and regulatory issues that have been plaguing amateur fighting here for years.

Here are a few choice bits:

Putting your unit together Speaker Carl Heastie often have let your MMA bill die within the waning days in the 2015 legislative session, though the fight pertaining to sanctioned combative sports activities in New york will continue - a fact that he publicly known this few days. While talking while using the press while in his tour in the upstate region, Speaker Heastie stated, “I consider it’s very close to having your support within the Assembly, but I do think it will be a large topic if we get back to Albany.

Boxing is my favorite kind of sport to watch. My husband likes it too very much and doing sports when he has some free time. Pip in here cv and cover letter service in us Sport is nice!

kind of weird. famous boxer sues? it shall itself deal with the problems. he's a pro

I like your blog. I will share it with my friends. Thanks for the information. drama wiki

Hello I am" 먹튀검증커뮤니티 ". I think my writing will be helpful to you, so I leave it like this. Your writing also helped me. It looks like we will help each other.