Sheldon Silver Found Guilty of Corruption - What Does This Mean for New York MMA? 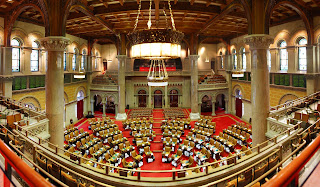 Former New York State Assembly Speaker Sheldon Silver - the man widely believed to have for many years kept any and all bills pertaining to MMA on ice through either indifference or influence - has been found guilty of corruption charges in a federal court. This means he'll have to give up his seat in the Assembly (and possibly go to jail). Earlier this year, Silver vacated his position as Speaker; he was replaced by Assemblyman Carl Heastie (who's more amenable to mixed martial arts).

So, now the big question is what this means for MMA in New York - does it help us?


Well, it doesn't hurt, but given that Silver was no longer Speaker during this last session, it doesn't mean much in terms of notable personnel changes. It does, however, mean that Silver's influence within the Assembly will be marginalized even further, especially since he will no longer be in Albany. It's hard to gauge how much he actually affected the decision-making process after getting demoted, but he'll have zero influence going forward.

What is worth noting (and keeping an eye on) is what this criminal conviction means in regards to how legislative business is conducted. For decades Silver dictated the status quo, and as this conviction tells us, that status quo is no longer acceptable (and you can go to jail for it!). That might not mean much for those who stick to the rules when it comes to campaign contributions and are transparent in their dealings, but for, say, a union that has gone to great lengths to mask their contribution trail in the past, that likely means fewer people are going to take their phone calls.

Bottom line: Silver getting convicted may not mean much in the grand scheme of things, but the fact that someone that big got convicted means more people are going to have to do things by the book and watch their backs - and that's not a bad thing.
Posted by Jim Genia at 5:30 PM