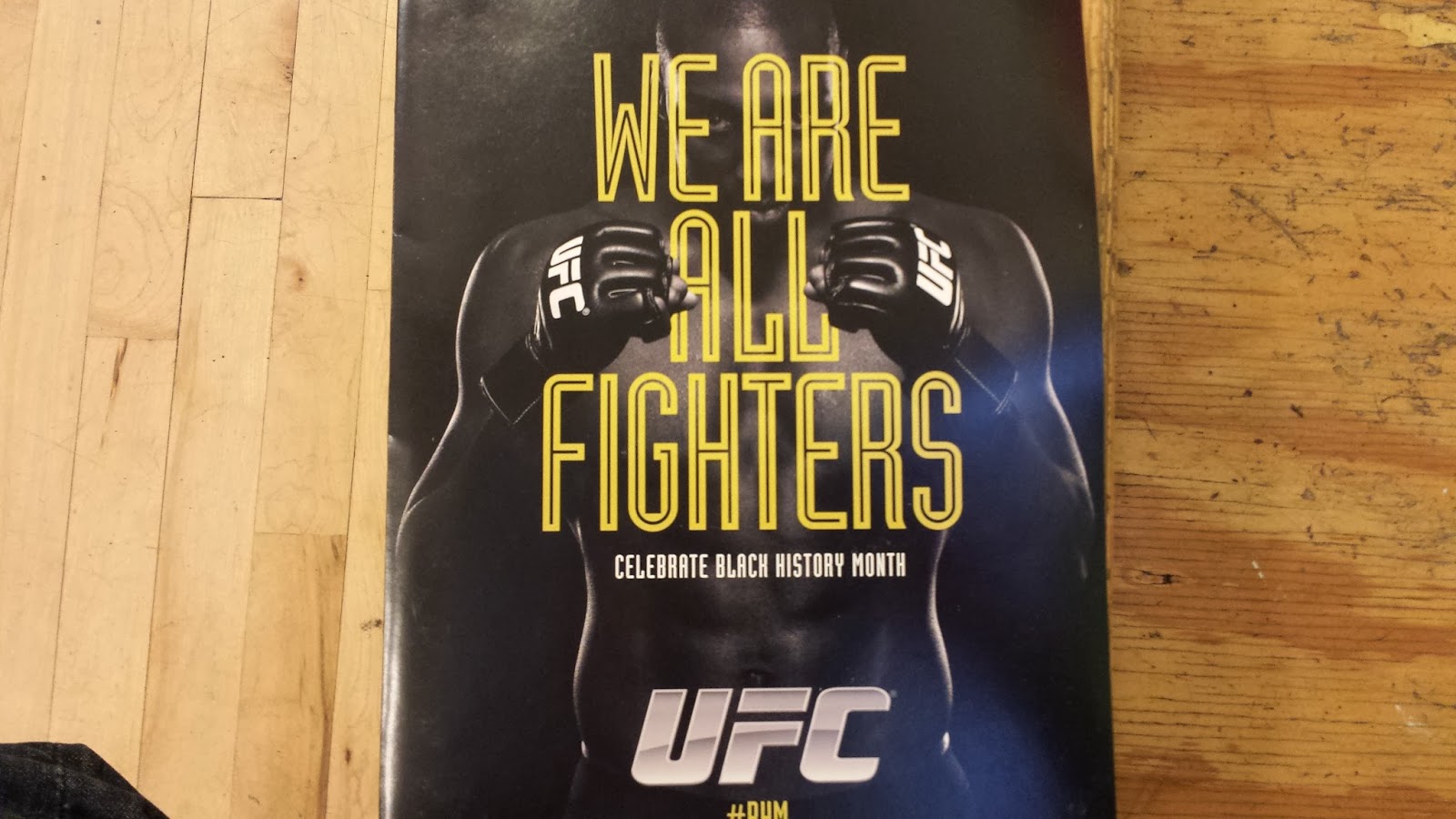 To an outsider, it must be confusing. Professional iterations of the sport are banned here, but still the UFC comes, holding press luncheons, excursions and photo ops. The reasons for that are pretty obvious - regardless of New York State's stance on MMA, New York City is the center of the media universe, and depending on how the battle to get sanctioning here plays out, it can be one of the most fertile and verdant landscapes for MMA in the country.

It's Monday, Day Seven of 7 Days in NYC, and the UFC is celebrating Black History Month with a week-long media tour featuring stops in Atlanta, Washington, D.C., Philadelphia, Los Angeles, and, of course, New York City. Today's festivities include a visit to the Boys and Girls Club in Harlem, so I pick my 6-year-old daughter up from school and drive on over.

The Boys and Girls Club is where kids go after school to study, do homework, or stay busy doing something constructive in lieu of wandering the mean streets tipping over cars. My daughter and I arrive early, so when UFC champ Demetrious Johnson, TUF star Uriah Hall and media personality Karyn Bryant get there, they see us doing sprints back and forth on the gymnasium floor.

Soon the place will be loud with raucous youngin', aged five to about 12, but before they come, someone finds a basketball, and "Mighty Mouse", Hall and Bryant shoot some hoops.


They're awful. Which is to be expected. If Johnson and Hall didn't spend all their time practicing to be awesome fighters, well, they wouldn't be awesome fighters. But it's almost comical how the UFC champ misses even the easy layups.

However, when the room is full of kids, many of whom are acting out and unaccustomed to having to pay attention and be polite, Johnson and Hall excel (for years Hall taught the kids' classes at the Manhattan Tiger Schulmann school).

Bryant leads off the discussion by explaining what the sport is and who the two men beside her are - a necessary explanation given that these kids are nowhere near MMA's target demographic. Yet the kids recognize Johnson and Hall for fighters, and when the duo demonstrate some techniques, everyone is enthralled.

For Johnson, it's an ultra-fast combo that ends with a liver shot...

For Hall, it's his infamous spinning hook-kick...


The Q&A session leads to some hilarious moments. One kids raises his hand, and when Johnson calls on him, he says, "The UFC is bad because they make people bleed." Johnson hits that knuckleball back with the old "contest between skilled fighters" retort.

Hall, meanwhile, is asked if he could beat Brock Lesnar.

Dealing with bullies seems to be the underlying message Johnson and Hall try to put across - a topic maybe not so apropos of Black History Month, but hey, you try talking to a hundred crazy kids.

When the session draws to a close everyone gathers around for a group photo. Then the kids line up, and the champ and the TUFer go to work furiously autographing pics and handing them out.

Will this be the year Johnson, Hall and the rest of the UFC clan will finally be allowed to fight here? Maybe, maybe not. But the UFC will come either way, making their presence known to the media, the politicians and the kids. Given the circumstances, what more could you ask for?

As we're heading out, I ask my daughter if she had fun. In her hands is a signed pic from Johnson. She says "yes" with a smile.