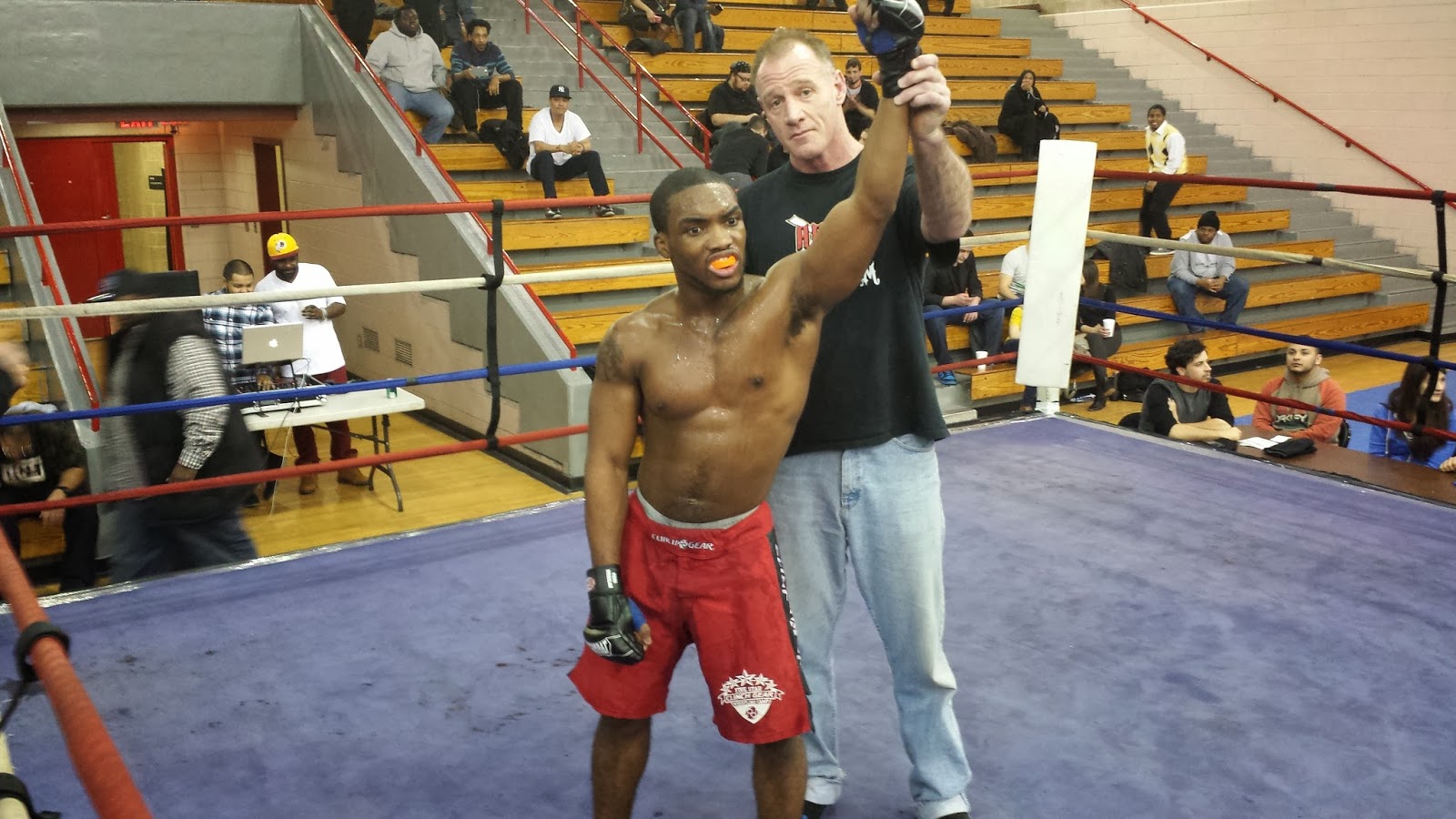 The Underground Combat League has always been about unique experiences. In the "Dark Ages" of 2003 to 2012, that experience was the simple act of seeing an MMA fight in New York City. In those days, it was the most clandestine of all clandestine affairs, with event info coming via text message only days before and a doorman keeping out those not on "the list". Times have changed, of course. Now the city is full of MMA shows going down in the full light of day, and you can follow the UCL on Facebook, where everything you need to know to attend is posted for all to see.

Still, in this brave new world of amateur MMA everywhere, the UCL remains unique - unique in ways that would be impossible to replicate elsewhere. Unique in ways that are just fine remaining the sole province of the 11-year-old unsanctioned MMA promotion.


I was once locked inside the venue while a group of a dozen young thugs who may or may not have been packing heat waited outside to thump a mouthy fighter. I saw a 200-pound fighter defeat a 320-pound Greco-Roman wrestling champ. I have witnessed bouts featuring competitors so skilled, their pairings could have headlined sanctioned shows in New Jersey. I've even seen ugly things, like a fighter with a broken femur waiting 25 minutes on a plastic folding table for an ambulance to arrive. God only knows how many stone-cold psychopaths I've seen (thankfully, only one on of them went on a violence spree; he's still got about 11 more years to go on his prison sentence).

There have been around 50 UCL installments (no one knows the exact number - I think I may have been the "official" record keeper, but I lost track long ago). I've been to all but one, and it's been a fun, and extremely interesting, ride.

It's Sunday, Day Six of my seven-day trip through the New York City MMA scene, and promoter Peter Storm has emerged from the shadows to hold a show at the Elmcor rec center in Corona, Queens. It's the biggest, most public venue for a UCL event ever. You better believe I'm there for that.

I'm familiar with the venue, having taken in a couple installments of the Golden MMA Championships there. But unlike with the GMMA shows - and really, every other organization doing events in New York City - the UCL doesn't use a cage. Instead, a boxing ring has been erected in the center of the floor.

There are posters about advertising Combate Americas, the new MMA reality show on the network Mun2, and when I ask Peter about the connection, he explains that this particular event is serving as some sort of talent scouting mission. This isn't the first time the UCL has played that role - remember the Iron Ring?

Besides the big venue, the fact that this UCL is unlike those that have come before it becomes even more apparent with other flourishes. Veteran journo Mike Straka arrives to handle commentating alongside some D-level rapper/comedian named Jay Black, and lo and behold, there's even an EMT present (usually there's no medical professionals whatsoever). 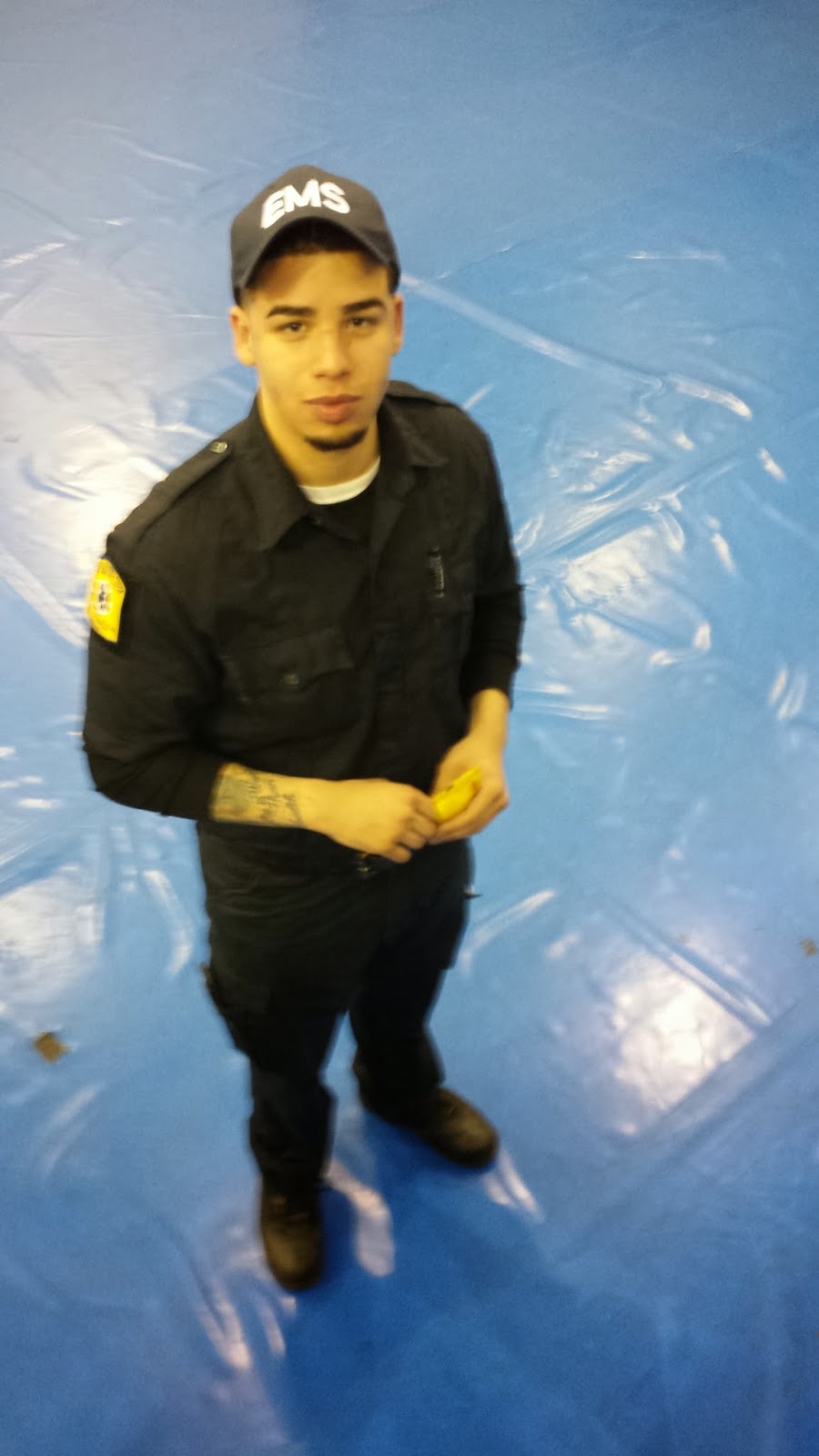 Before an assembled crowd of about 60 or so, the fights begin.

Something about the UCL and the people it attracts makes it a very different beast than other shows. There are few if any cookie-cutter aspiring MMA fighter types. Instead, there's a cast of characters that could be straight out of a Guy Ritchie movie if not for their New York accents, characters drawn like R. Crumb if R. Crumb had grown up on the Lower East Side.

There's Kevin, the ex-Army Ranger who's been doing this way too long, and Adam Nadler, the Muslim convert. They were teammates years ago, and when Peter rented a van and took them to an underground show in Vermont, they fought. Adam knocked Kevin out with a head-kick then. This time things play out differently.

Some kid named Alex Cornelius does well for himself against a gutsy opponent. His reward for winning? Another fight.

Both Mike and Rashad have been at this fighting thing for some time now. I was there when Mike fought in Manup Standup, an underground organization that holds kung fu-flavored events in Jamaica, Queens, and I was there when Rashad at that one UCL that was held in a mosque. They're both very friendly, very likeable guys, and Mike's story - he trains Jeet Kune Do in the basement of the projects on East 105th Street in Harlem - is what the words "dedication" and "passion" are all about.

As we're chatting in the hour before his fight, Mike tells me he's homeless, that he was evicted five days ago. And yet here he is, doing the one thing that guarantees that no financial compensation and will likely result in aches and pains regardless of whether he wins or loses.

Years ago the Wall Street Journal followed around UCL fighter Jonathan Velez (a.k.a, Jonathan Figueroa), giving insight into the veteran underground fighter's life and motivation. But I've known Jonathan from my interactions with him at fight shows, know him by the way he fights so damn well - almost impossibly well hailing from a school called Garcia Gung Fu.

Alex returns to the ring for some more fistic action, this time taking on a fresh fighter named Howard Coronado. They go back and forth, but after two rounds Howard is spent, and he quits before the third round can begin.


With the death of PRIDE FC and Strikeforce, and the decline of the Japanese MMA scene, there's very little spectacle left in the sport. From the UFC on down to the Aggressive Combat Championship, it's all athletes and aspiring fighters. The UCL, however, still manages to remain different. It's spectacle - sometimes harsh and ugly, sometimes amazing.

Fans, fighters and friends all shake hands and say their goodbyes, and I make my way to the restroom. As I'm standing at the urinal, Howard comes in and goes directly to a stall. A second later he's vomiting loudly into the toilet. Then it's quiet.

"You okay, Howard?" I yell to the kid who fought hard and lost even harder only moments before.

"Yeah," he groans meekly, exiting the stall to hunch over a sink.

This up-close and personal realness, this is the UCL experience.

"Good fight, man," I tell him, and he nods his head in thanks. I leave him there and head out.
Posted by Jim Genia at 1:38 PM