In Case You Missed It... Eddie Bravo vs. Royler Gracie II 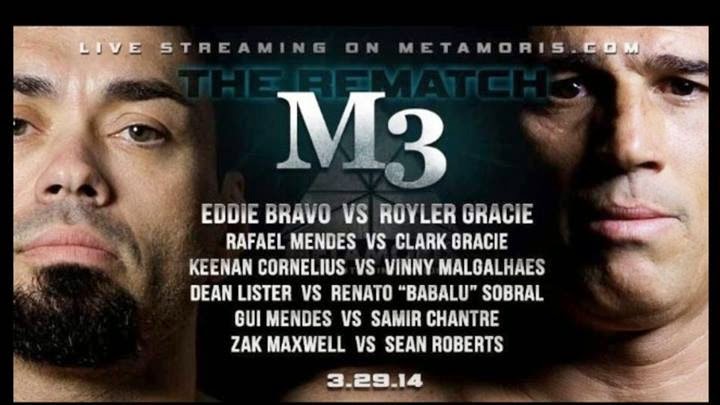 An event featuring just grappling isn't for everyone, but to those who've spent a significant time on the mat, a rematch between 10th Planet Jiu-Jitsu founder Eddie Bravo and the legendary Royler Gracie is probably one of the most compelling pairings in submission wrestling world today. And yes, they had their rematch yesterday, and yes, it was 20 minutes of coolness.
Sadly, the ending was inconclusive, as there was no submission to punctuate things this time around. But after watching the video, a few things are clear:


Watch the video below and draw your own conclusions. And mad respect goes to both these men for putting their asses out there.