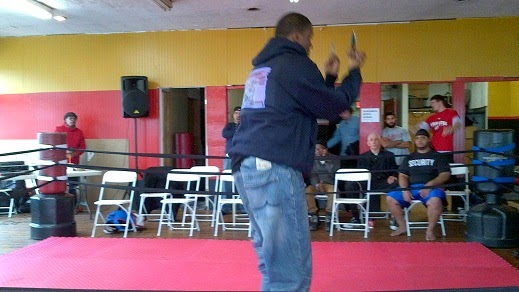 When last we left Novell Bell, The Black Taoist and Manup Standup, home to our favorite kung fu fighters, were embroiled in a trademark dispute with the UFC over the use of the shape of the octagon in Novell's logo. Videos were posted, impassioned pleas for justice were made - the whole shebang.

Well, the saga continues. Now Novell is trying to rustle up some cash to pay for a trademark attorney to represent him. Which is smart, because a lawyer is the only thing that can really halt the UFC's efforts to remove the trademark on Novell's Urban Bagua logo (videos won't do much in terms of forcing Zuffa's attorney's to change course).

Here's Novell's page for donations. He's also doing a seminar on Sunday at a school in Jamaica, Queens, to raise cash. According to the donation page, his goal is a thousand bucks; he's up to $360.


"I walk through the valley of death (UFC corporation) I shall fear no evil. I will continue to stand up for my rights and fight the fight because I'm Know I am right! Peace and Blessings."