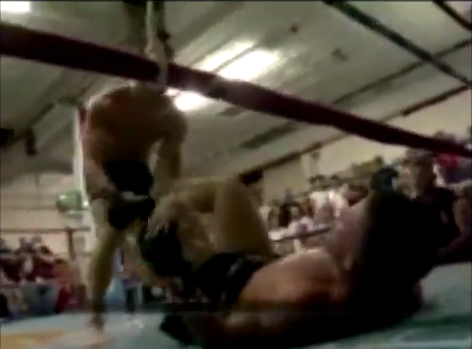 Picture if you will an underground fight show in a rundown boxing gym in the South Bronx, the venue packed with fans screaming like banshees while two very tough dudes battle it out in the ring. What I'm describing could be any number of underground fights, but in this instance, the scene is July 10, 2007, at the very Underground Combat League where Frankie Edgar made his MMA debut against Eric Uresk.

All you need to know when you watch the video after the jump is that Frankie was the underdog going into this fight and that headbutts were legal. Enjoy.