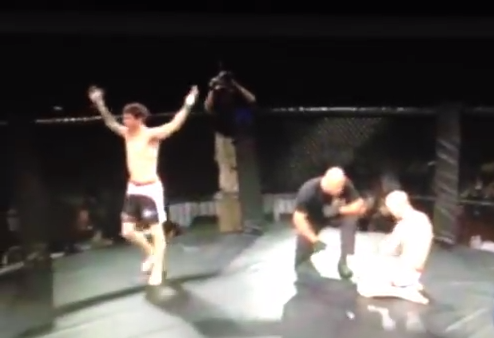 Andy Main has been around the block once or twice.

In 2008, he was fighting as an amateur in Asylum Fight League. After that, he was honing his craft in Ring of Combat, then had a stint in TUF 12, fought locally a bit more, and most recently, has been flying to Japan to compete in the prestigious Pancrase organization.

But on Saturday night, New Jersey's prodigal son will step into the cage much closer to home - at Cage Fury Fighting Championship 34, where he'll take on fellow veteran Brian Kelleher. What should you expect from the heavy-handed, newly-minted Brazilian Jiu-Jitsu black belt?
You should expect a lot of excitement, because all of his 14 fights (and yes, I'm counting his two TUF matches and the "no contest" bout where Felipe Arantes kneed him in the dome while on the ground), Main brings it.

If you're skeptical, watch these videos.