Last year Fighters Source made a splash in New York City by setting up shop at the Hammerstein Ballroom and packing the place with fans for their "Kings of New York" show. But amateur MMA is a "local" business endeavor (meaning local fighters drive ticket sales), and since the scene here is thick with New York-based promoters sporting ties to gyms here, the Florida-based organization hasn't been back.

Which isn't to say Fighters Source has been dormant. They haven't. In fact, they've been building momentum as a national amateur MMA group that orchestrates events throughout the country, events that pit local teams against "away" teams. For example, on Saturday night in Cortland, Fighters Source paired with Upstate New York promotion Gladius Fights for show that saw a clash between the "Syracuse Gladius" against the "Nashville Renegades".

If the notion of team vs. team MMA makes you cringe (probably because you remember the International Fight League tried it and it sucked), well, that's understandable. But there are a number of reasons why what Fighters Source is doing can work better than what the IFL tried - namely, the teams are organic and not contrived, every card caters to a local market, and perhaps most importantly, the fights are amateur and therefore the promoter isn't flushing money down the toilet trying to get old fighters with the slightest bit of "name" to compete. Also, there's something to be said about linking up with promotional partners with preexisting footholds on the market.

In May, a team repping Golden MMA out of New York is flying to Grayslake, I.L. to take on the Milwaukee Mayhem (Grayslake is a town just south of Milwaukee). And at the MMA Expo at the Javits Center in July, Fighters Source will be staging the culmination of their 2014 national tournament.

Where will this put Fighters Source in a market rich with such organizations like Victory Combat Sports, Aggressive Combat Championship, New York Fight Exchange, the Underground Combat League and others? It's hard to say to say at this point - they're truly an "X" factor. But for sure, the Fighters Source event at the MMA Expo is going to be one to watch. 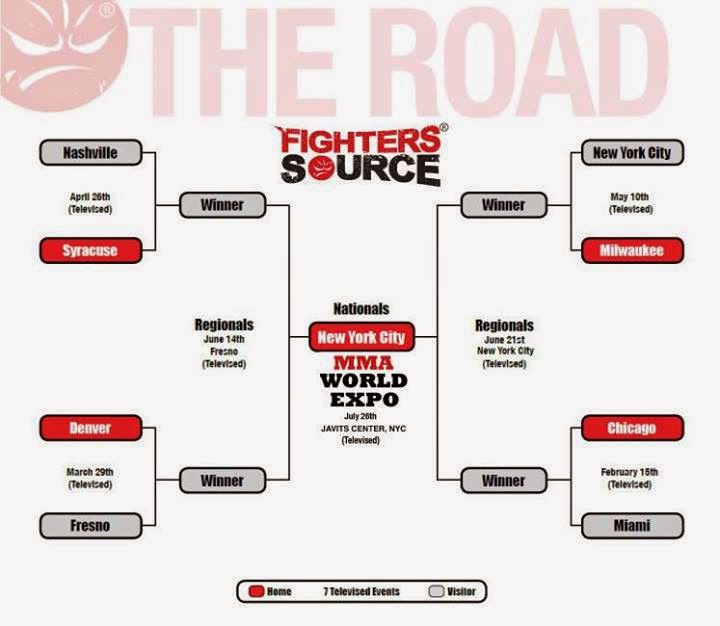