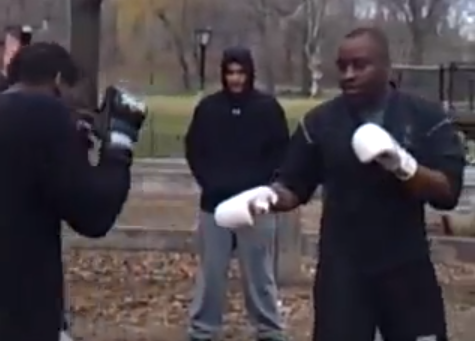 Here's a story that's remarkable because it's about unsanctioned fighting in New York City and it's not being reported firsthand by me. DNAInfo has discovered a teenage "fight club" in Brooklyn - which is pretty much what it sounds like.


The best part of the article is this tidbit:


"Fight club is organized by kids on Facebook and Twitter, and then they get in a circle and they fight. And where they like to fight is by the mall," Fiorillo said. "But then someone brought a gun to the fight and shots were fired."

Yup. A gun. The sure sign of good fight club.

Check the rest of the piece out here.
Posted by Jim Genia at 1:18 PM