I Don't Even Have to Know the Details to Know That Renzo Had a Good Reason... 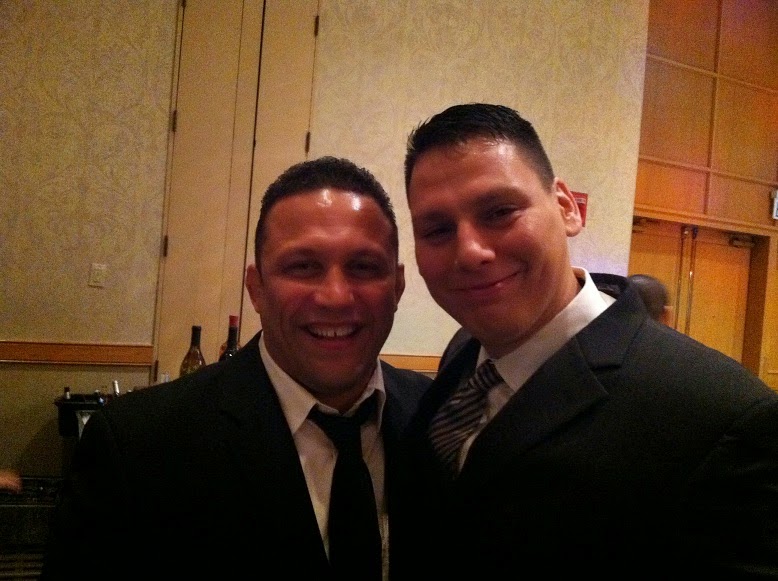 According to the New York Post, Renzo Gracie was arrested along with six others (including his nephew Igor) outside a Manhattan nightclub early Monday morning for beating the holy hell out of a bouncer.

Two top mixed-martial-arts fighters — part of the famed Gracie clan — were busted for helping to beat a bouncer to a pulp outside a Manhattan celeb hangout early Monday, law-enforcement sources told The Post.

Renzo Gracie and his cousin Igor were arrested along with five other people for the 1:30 a.m. beat-down of the worker outside 1 OAK in the Meatpacking District, sources said.

The victim suffered a fractured right arm along with bruises and cuts, sources said.

The hulking cousins — whose Brazilian family started the sports-promoting business Ultimate Fighting Championship — were charged with gang assault, as were the other suspects, according to Fox Sports. The charge for Renzo and Igor Gracie is in the second degree.

Call me blindly loyal, but without even knowing the details, I believe 100% that Renzo must have had a good reason for doing what he did. People get stupid at clubs - even bouncers do - and there's no reason Renzo should have to suffer fools lightly.
Posted by Jim Genia at 7:00 AM