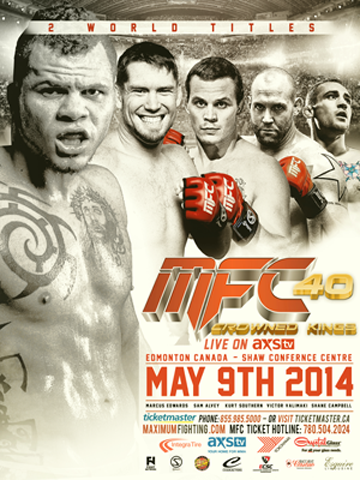 Tom Gallicchio - a New Jersey-bred fighter who turned West Coaster to join Team Quest - will step into the cage on Friday at Maximum Fighting Championship 40 for a rematch with Kurt Southern, and it's likely Gallicchio isn't going to be taken lightly this time around. You see, when "Da Tank" and Southern first clashed back in January, many assumed that the lightweight belt that was at stake was going to go home with the Canadian fighter. But then Gallicchio choked Southern the fuck out, and, well, you know how that goes.


Though the belt remained vacant due to Gallicchio missing weight on his first and only try (and funky local regulations don't allow extra time to cut more weight), it's hard not to think that the Team Quest rep and jiu-jitsu black belt is the man to beat - he clearly is. So in honor of Gallicchio and his impending fight, The MMA Journalist is going to be giving some daily insight into the man, the myth and the legend.

Today: his fourth fight ever, and the first fight where we saw him use his signature finishing move.