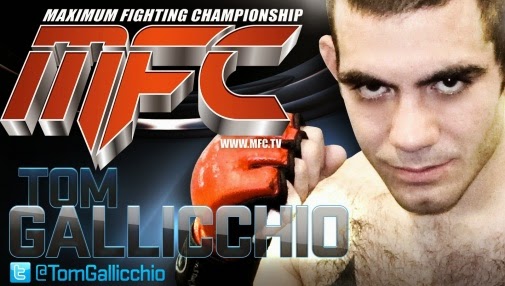 Tom Gallicchio is fighting at MFC 40 on Friday, and sure, a belt is up for grabs, but at the end of the day it's just another fight - of which Tom has had many. In his tenure as a Northeast fighter, he managed to win a Ring of Combat title and a Battle Cage Xtreme title, and when M-1 Global came to town, he won their grueling tournament (and turned in some epic performances along the way).


And yet, of all his scraps, it is probably his war against Igor Gracie that made most people realize Gallicchio was not someone to be trifled with. After all, a Gracie is a Gracie, and engaging in a ground battle with one of them is often a losing prospect. But at ROC 18 back in March of 2008, Tom said "Fuck that" and did that very thing.