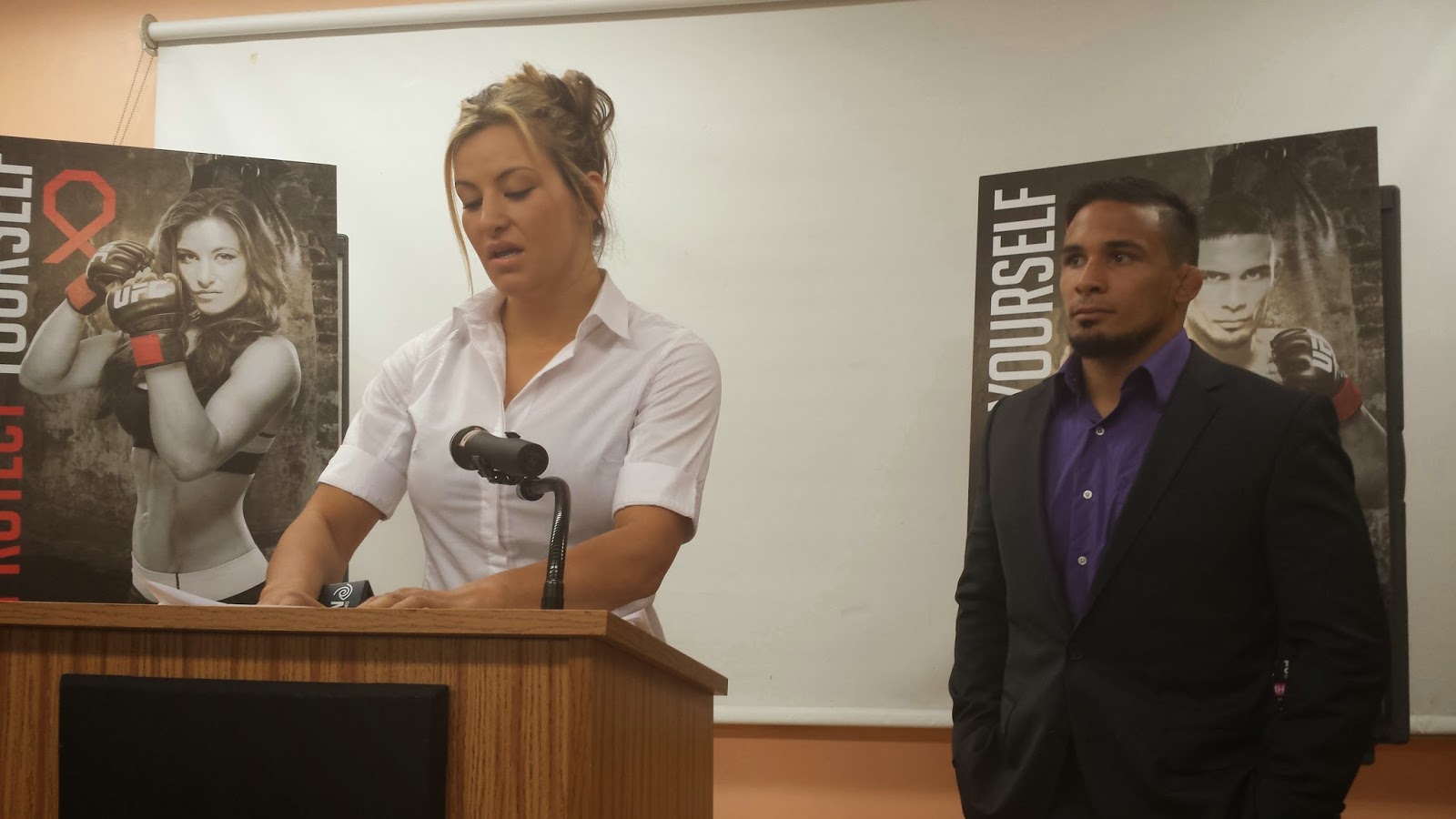 It's not every day you get to watch two top UFC fighters take an HIV test, but at today's press conference to kick off the New York leg of the UFC's "Protect Yourself" campaign - which aims to raise awareness of the deadly disease - that's exactly what happened.

Present at the Latino Commission on AIDS' office in Manhattan were female bantamweight contender Miesha Tate and TUF runner-up Dennis Bermudez, and in the spirit of "knowing your status", they each swabbed their mouths for an HIV test. (Pro fighters, especially those in the UFC, are regularly screened for blood-borne pathogens, so Tate's and Bermudez's HIV status really is no mystery. It was a good, symbolic gesture, though.)

Said Tate when she took the podium:


"I was really surprised to find the statistics that I found were over a thousand young people being infected a week, and these are numbers that we haven't seen since the '80s. I remember when there was a time when HIV... there was a lot of emphasis on awareness. A lot of commercials, the "Philadelphia" movie, those kinds of things. As of recent, I can't remember the last time I saw anything HIV awareness-related. I wanted to be involved with this HIV campaign because no other sport reaches these demographics like the UFC. I feel like young people might listen to UFC fighters like ourselves, and I think it would be an injustice to be in a position to be a role model for young, up-and-coming people and not do something with it."

This is without question an important issue, so kudos to Tate, Bermudez and the UFC for tackling it.
Posted by Jim Genia at 7:00 AM