2014 Legalize Pro MMA Movement Goes Out With a Whimper 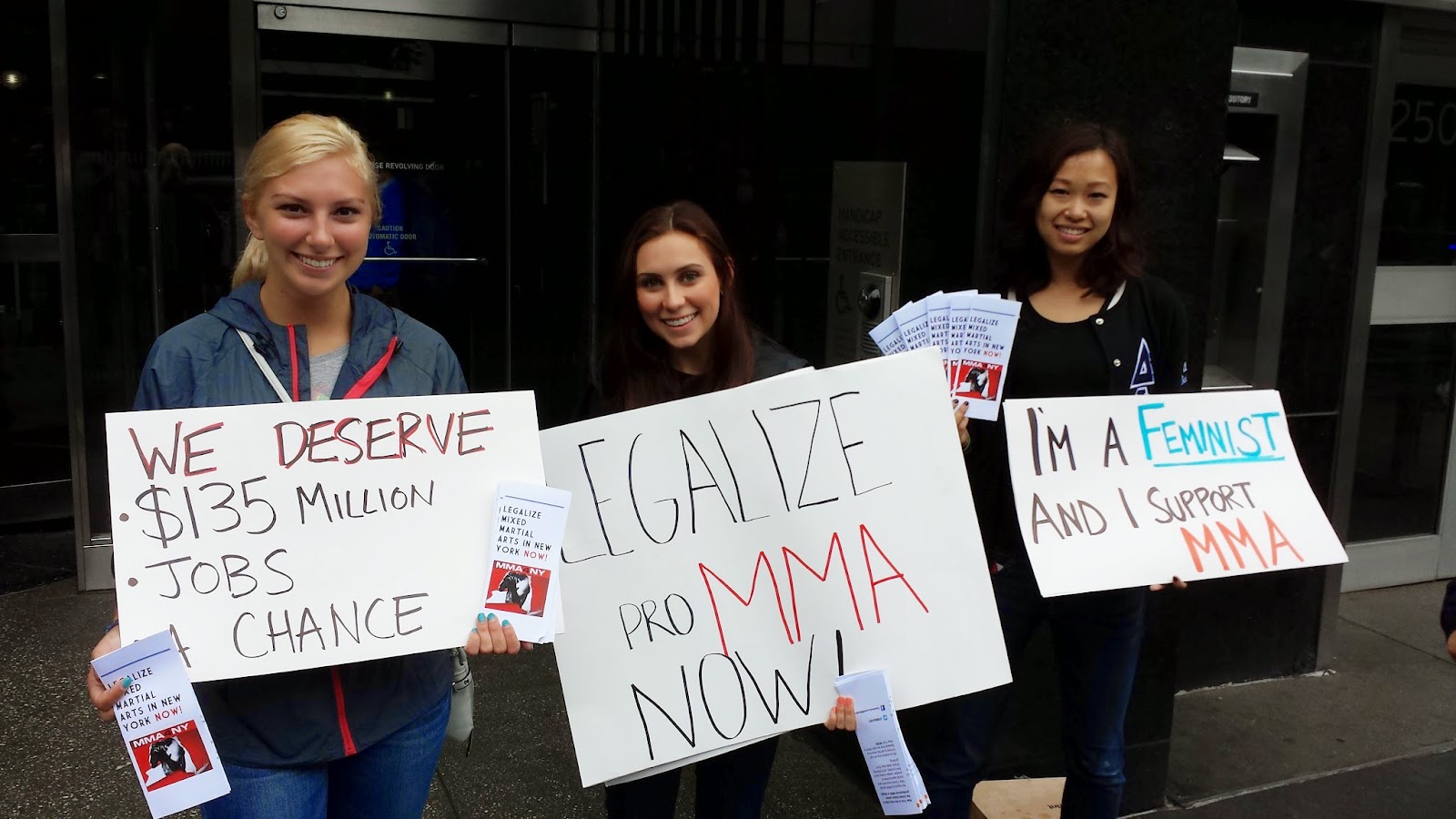 There are four days left in the 2014 legislative session, no signs whatsoever that the Assembly will even consider the MMA bill this year, and this morning in lower Manhattan - on the patch of sidewalk in front of Assembly Speaker Sheldon Silver's office - there was a "rally" comprised of three interns that drew only slightly more attention to themselves than the man wearing a "Cash4Gold" placard two blocks north. But only slightly.

It's safe to say that as the annual battle for sanctioned MMA in New York goes, 2014 is going out not with a bang but with a whimper.


"We're funded and approved by the UFC," said intern Ashlee, whose PR firm employer was engaged by Zuffa to promote their interests here (hopefully, in a capacity for more than just rallies).

Ashlee's cohort talked of feminism, self-defense and something to do with her sorority, and the trio's handwritten signs ranged from the straightforward ("Legalize pro MMA now!") to the buzzworthy ("I'm a feminist and I support MMA") to the befuddling ("We deserve $135 million, jobs, a chance"). When a passerby stopped and asked for more information on the matter, they attributed the MMA ban to "Assemblyman Silver Speaker".

It had been pouring rain not more than an hour before, which would have adversely effected the turnout of a rally on any issue. But this particular gathering was planned haphazardly just two days before, and with literally no effort made by the UFC's powerful social media apparatus to advertise the event, it was about as doomed an endeavor as an all-expenses paid trip on the Titanic. It is, of course, hard to gauge the hypothetical impact a single tweet from Dana White, Chris Weidman or Jon Jones would have had, but it's no stretch to imagine that someone other than Phoenix Carnevale, Kaream Ellington and myself would have shown up.

Well, so long, 2014 legislative session and the hopes of a bill lifting the 1997 MMA ban. Maybe next year will be better.
Posted by Jim Genia at 3:26 PM