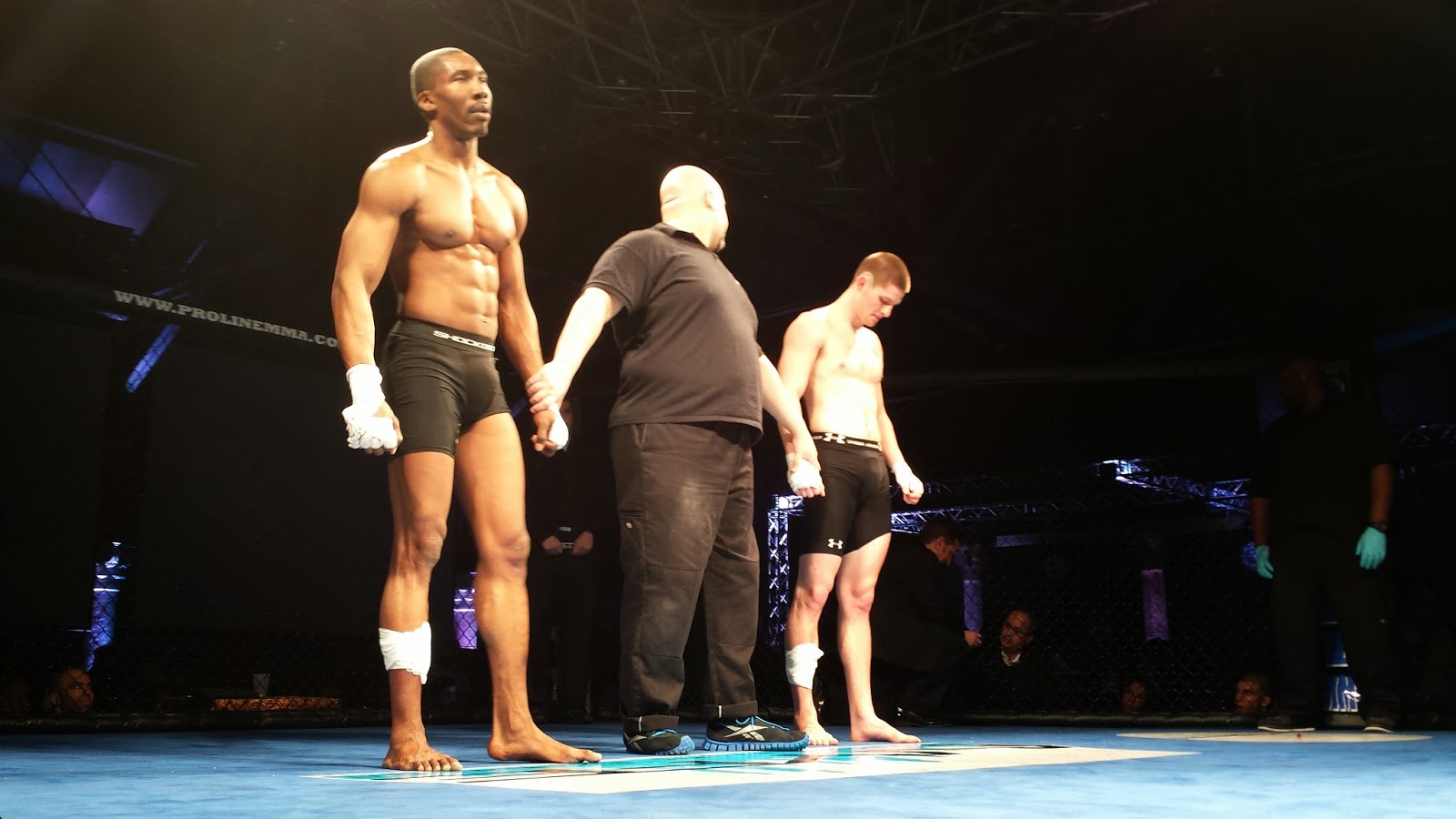 When last we saw Omowale Adewale, the 35-year-old personal trainer from Brooklyn was hobbled by simultaneous shin kicks at NYFE's March show - an initially confusing turn of events that saw him and his opponent bleeding profusely and the bout being called by the doctor. But Adewale gets back in the saddle on Saturday's GMMA show, so why not get to know him a little better?

Talk about your training and competition background - have you done any kickboxing, grappling tournaments, etc.?
My background is boxing and Jeet Kune Do. Began at 18. I did some karate tourneys when I was a teen and as an adult I've done boxing and some MMA.

Your fight at NYFE back in March had something of a strange ending - talk me through what happened.
My opponent and I both went for a leg strike and we each suffered a gash in the same place on our shins. I saw it and continued. My opponent alerted the ref after seeing mine. The ref then noticed his. So the match was stopped there and I got the majority ruling.

I gather from your Facebook posts that you're vegan. How did you come to be that and how tough is it to adhere to that while doing the rigorous training required to be a fighter?
I stopped earing meat at 15.

I could never eat animal products knowing what I know today. And the smell, the idea would make me sick.

Being vegan does not make me less ferocious during training. I just have more clarity, better maintained organs, I flush chemicals and crap out of my system better, stronger, shorter recovery time and just overall healthier. I was healed in a month after a bone-deep gash on the shin. I'm a beast in that octagon but I'm compassionate about how I live my life. The two ideologies co-exist perfectly for me.

What's the future hold for you in terms of fighting? How far would you like to go with it?
I love the fight game. Fighting is a stepping stone to greater things. But I want all these belts these 170 lbs guys are walking around with. All my fights are sanctioned! I never add exhibitions or fights with underground guys. I'm supposed to beat their ass. So many haven't earned their records let alone their belts until they see me. I came into the game with no ground experience. The little I got was enough to win in March. But the fight game is secondary. I feel like I'm derailing fighters' dreams of fighting forever.

What do you expect out of your opponent on Saturday?
I expect him to take me to the ground and exploit my lack of experience there, but I'm too strong and I've focused a lot more on defending the ground attack. I'm comfy on my back. If he wants to stand up it'll be a fun night. I'm coming forward, not worried about what he does. I expect a good spirited try.
Posted by Jim Genia at 7:00 AM