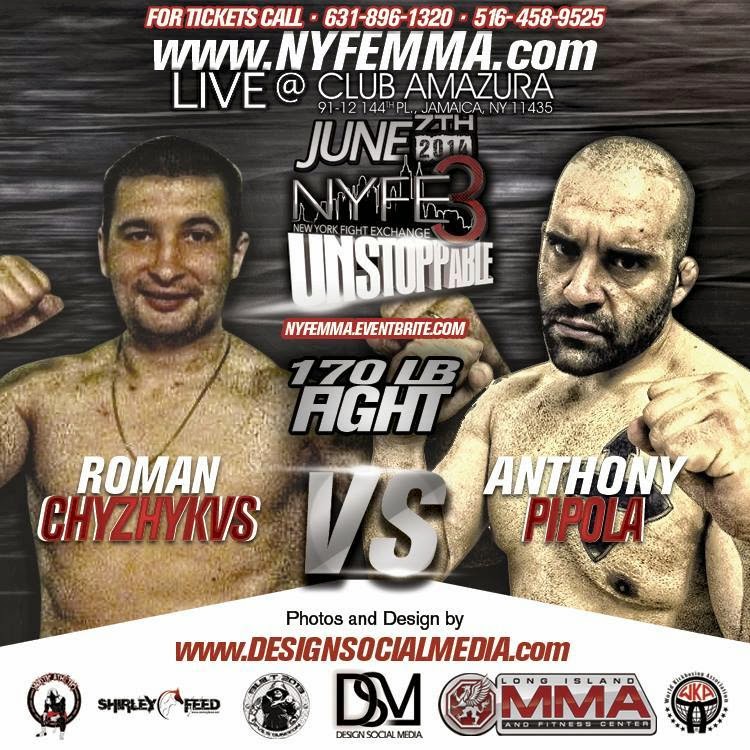 When Queens native Anthony Pipola sets foot into the New York Fight Exchange cage on Saturday night, it will probably be one of the easiest fights he's ever had. And no, that's not because of anything to do with his opponent or what happens during the bout. It's because to get to the venue, he won't have to drive hours upon hours - like he did when trekked upstate for a fight near Buffalo, or that other time when he fought in Philadelphia.

For some insight on the undefeated Pipola, read this lengthy two-parter I wrote for the Yahoo! "Cagewriter" blog (here and here). But for some real perspective, go to Google Maps and see how close his neighborhood of Ozone Park is to the NYFE 3 venue in Jamaica, Queens. Then you'll truly know where Pipola is coming from.
Posted by Jim Genia at 7:00 AM