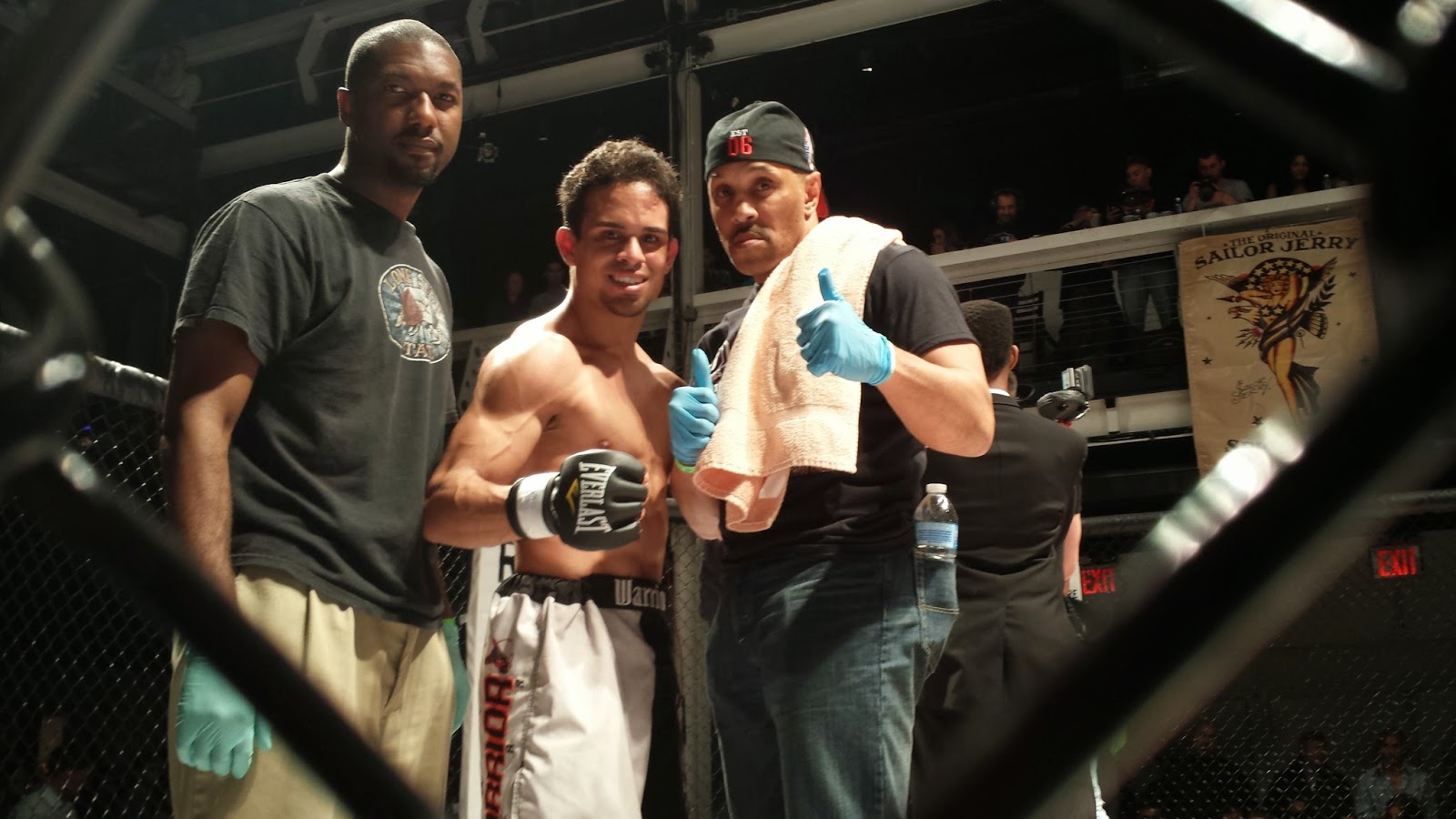 Rich Pabon has been fighting pretty much on every New York City amateur MMA card lately, and he'll continue that streak with an appearance at the upcoming Underground Combat League event on June 29.

Aside from the tournament semi-finals & finals, a superfight between "El Leon" Richard Pabon (#debut) and Allen Cornelius (#4) has been penciled in. Since the "arrival" of amateur MMA in New York, Pabon has been a regular. Mostly in the NYFE, Pabon has managed to make his mark as a competent fighter and a soldier of God. Cornelius just made his debut in February, winning a gauntlet (winning two matches in one night, non-tournament format). Experience may not be in his side but guts and a nice set of wrestling skills are.

Pabon has been steadily improving as a fighter, and his last outing - a spectacular winning effort against a Team Renzo fighter at Victory V - was far and away the fight of the night. This should be a great match-up.
Posted by Jim Genia at 4:37 PM