There was an Octagon in Times Square Yesterday 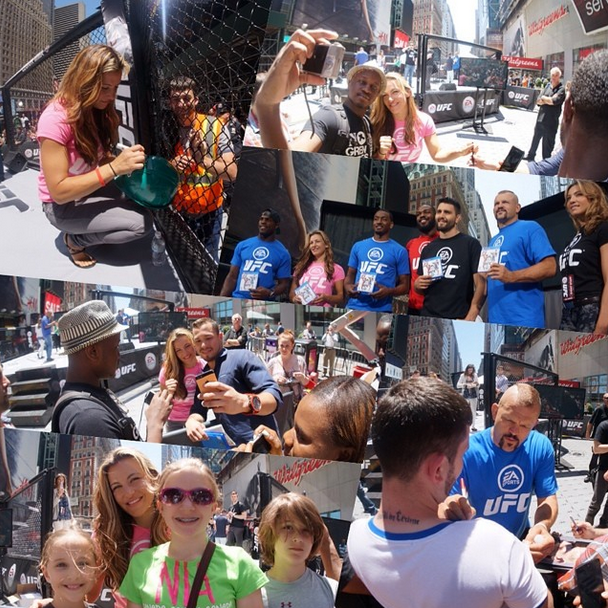 Hey, guess what? The Octagon was set up in Times Square yesterday, and within it, a bunch of UFC stars fought.


Mark LaMonica of Newsday was on hand for the event and got this quote from champ Jon Jones:


"Right now, this is the closest I can get to fighting in New York City -- playing a video game here, it's kind of sad," said Jones, the UFC light heavyweight champion who grew up in upstate Endicott and now lives in Ithaca. "It's kind of sad to see so many people here and the support and the big turnout we had today and not be able to actually fight."

Yeah, that sounds about right.
Posted by Jim Genia at 11:00 AM