Some Clarification Re: The Senate Bill That Would've Regulated Amateur MMA 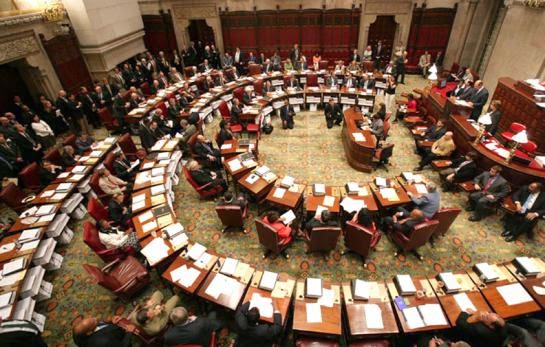 Not that it makes any difference for 2014 - since today was the last day of the legislative session and the Assembly let the issue die - but the Senate bill that passed yesterday that would have regulated amateur mixed martial arts WOULD have dramatically changed the landscape for everyone in the state. How so?

The bill would have empowered the New York State Athletic Commission to handle all amateur MMA shows, regardless of which third-party sanctioning organization a promotion had used (or not) prior.

Just to corroborate that assertion, there's this article in today's North Country Now, and contained therein is this line:


This bill would bring the entire amateur realm under the oversight of the New York Athletic Commission.

So to the promoter who reached out to me yesterday and accused me of make things up... there you go.

Oh, and also, it's very likely this bill could gain traction earlier in the session next year, which would give the Assembly time to act and do their part to make this thing a law. Then it's on like Donkey Kong, folks.
Posted by Jim Genia at 9:16 PM