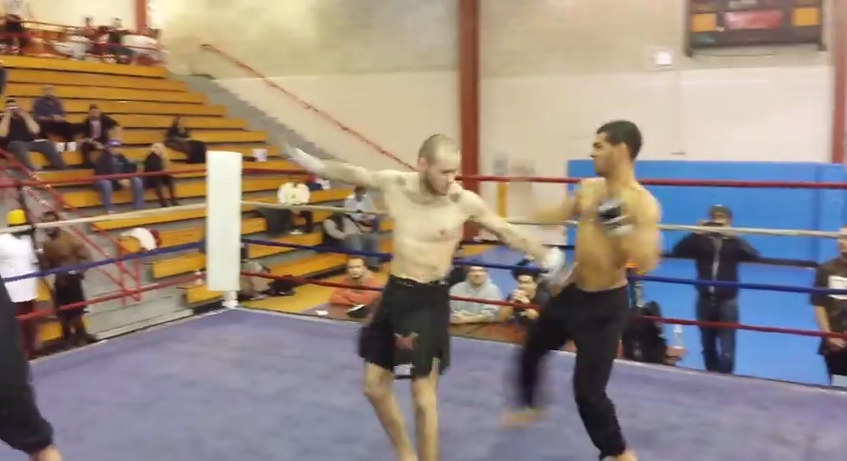 He reps Garcia Gung Fu, is just as dangerous at submissions as he is with strikes, has been fighting in the Underground Combat League for years, and last weekend won a UCL belt after knocking the promoter out. I'm talking about Jonathan Velez, who at this very moment is the best fighter not attached to any of the "big" amateur promotions in New York City.

And I'm not sure Velez even cares about fighting for the bigger shows.

You see, he's a throwback to an era when fighters sharpened themselves through combat just for the sake of the experience, the martial journey itself more meaningful than the destination. To that end, Velez has never seemed to give a damn about weight classes - the only loss on his record is a TKO at the hands of a heavier Rashad Clarke - and it's debatable if Velez even cares about what his record says.

Here's a profile the Wall Street Journal did on him back in 2011 (he used the name Jonathan Figueroa in the article - I have no clue why).

Below are videos of him in action. Watch them and be amazed at the level of grappling his school in Spanish Harlem has imparted upon him. And know that you're not seeing an MMA athlete throw down as much as you're seeing a true martial artist tread boldly down his path to enlightenment.