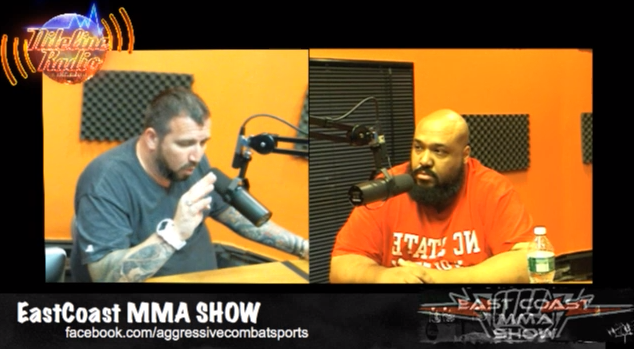 Major props are due to the East Coast MMA Show, who for last night's episode had a ton of reasoned discourse on sanctioned, semi-sanctioned and completely unsanctioned MMA events in New York State. The special guest was Rage Rivas, a coach and longtime behind-the-scenes organizer for the Underground Combat League, so there was insight aplenty in how events are when there are varying levels of oversight.

Watch the video below. You will definitely learn something.

Broadcast live streaming video on Ustream
Posted by Jim Genia at 9:00 AM