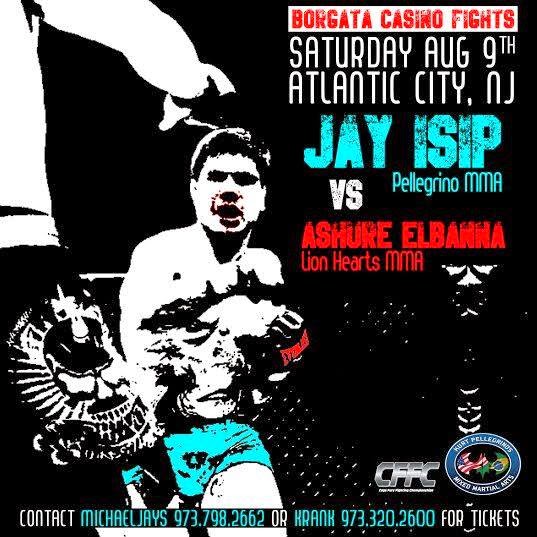 Gather 'round kids and I'll tell you the story of Jerome "Jay" Isip, one of the Northeast MMA scene's pioneers and a dude who defined the term "nonstop, crazy action" for generations of fighters to come.

Like many of his contemporaries, Jay was forged in the seminal crucible of combat known as BAMA Fight Night, where he'd overwhelm opponents by doing about 20 things for every one thing they did. If you picture in your mind The Tasmanian Devil (but with well-coiffed hair), then you've got a snapshot of Jay.

His transition to pro was a bit rocky, but to beat Jay meant a competitor could deal with constant, adverse pressure, so he was somewhat sought out by coaches who wanted to test their fighters. One glance at his record says it all - he fought Kurt Pellegrino, Mike Easton, Deividas Taurosevicius and Frankie Edgar. It doesn't get much tougher than that.

Jay's fights are few and far between nowadays, but he's stepping into the cage tonight at CFFC 38 in Atlantic City, N.J., so hold on to your hats.

For further perspective, here are some vids of Jay doing work: