Are You Ready for Another Aggressive Combat Championship Installment? 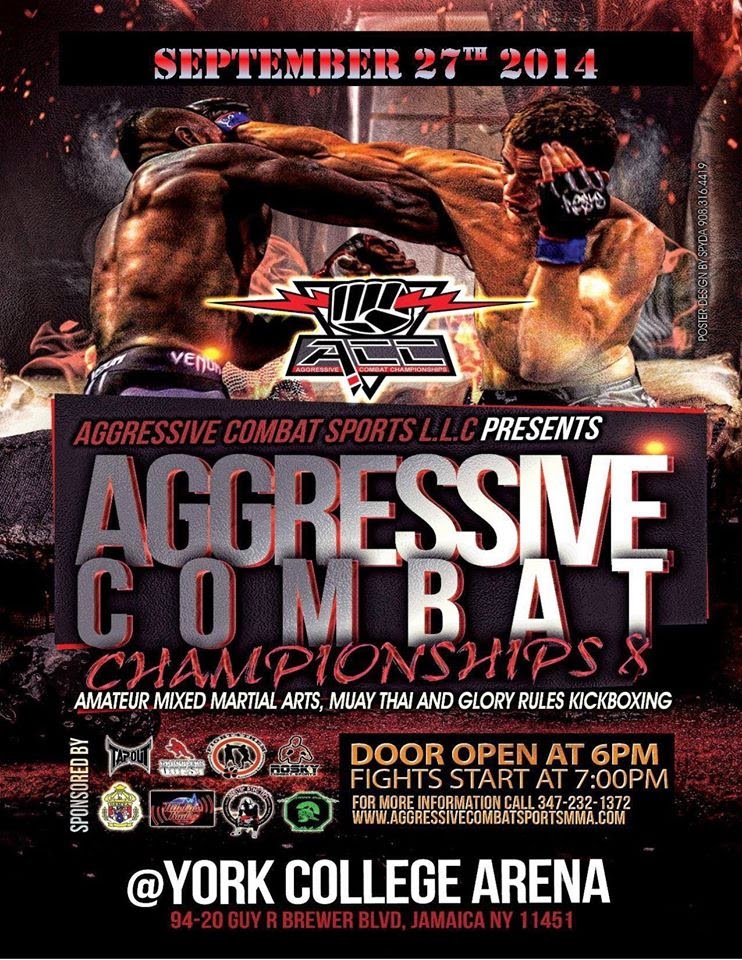 Saturday's NYFE event may be the next big MMA show on tap for New York City, but exactly one week after that is latest installment of Aggressive Combat Championship. Slated for the York College Arena in Jamaica, Queens, ACC 8 promises to provide all the beatdowns and battles we've come to expect from the promotion, plus the following: