Four Very Good Reasons to Care About NYFE 4 This Saturday 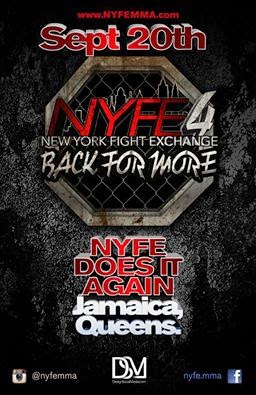 The New York Fight Exchange returns to the Amazura Nightclub in Jamaica, Queens, on Saturday night, and as usual it promises to be the nexus of where fighters repping top local MMA gyms and thrilling action meet. But maybe that enticement is a little too abstract for you and you need something more concrete - yes? Well, here are four very good reasons why you should care about this weekend's NYFE event: