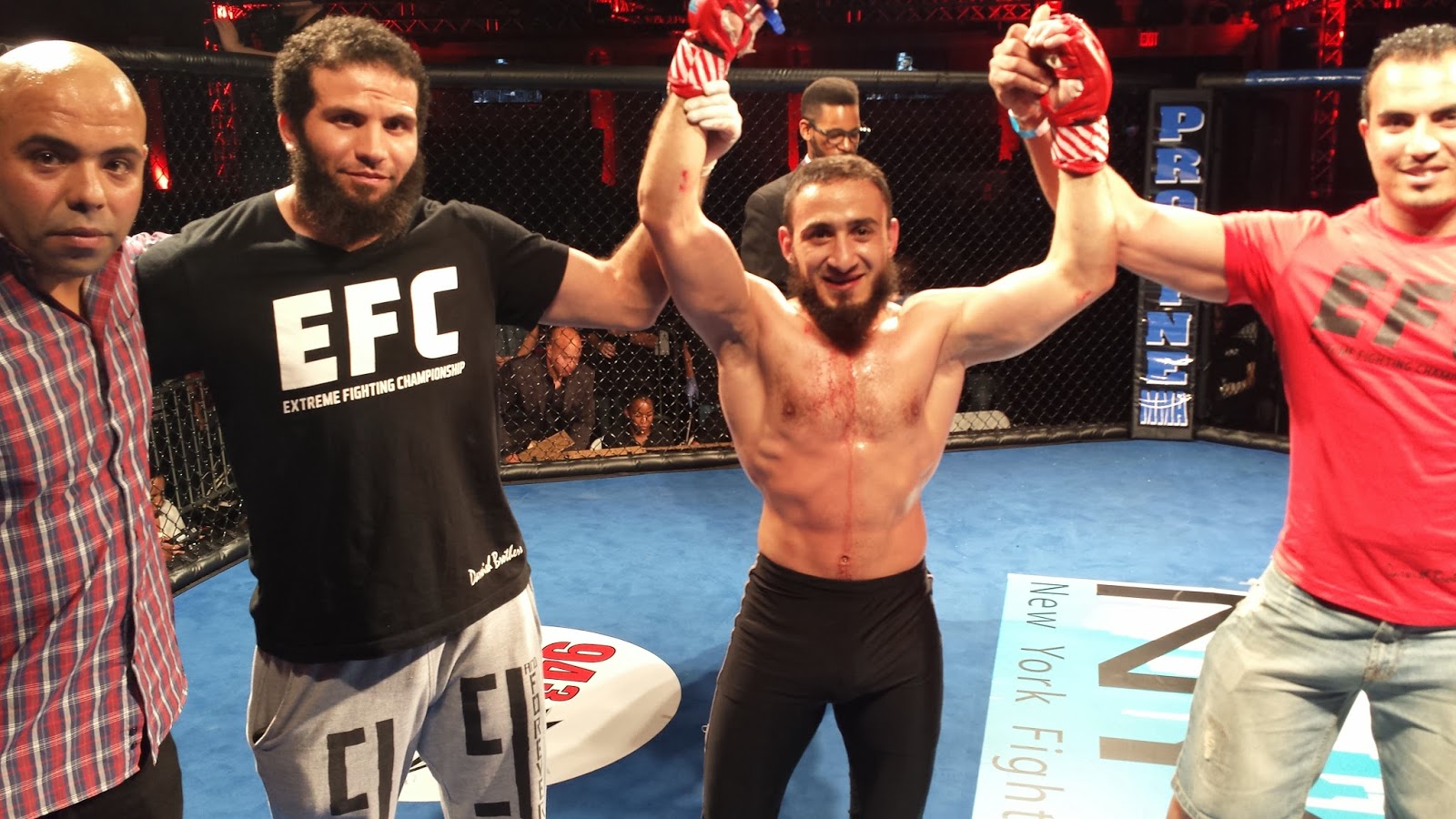 It was a good night to be a part of the Jungle Gym tribe at Saturday night's New York Fight Exchange 4 event.

Before packed house at the Amazura Nightclub in Jamaica, Queens, Jungle Gym reps Paul Grant and Daniel Rodriguez battled their hearts out against two ultra-tough fighters from the Long Island MMA team - and after three hard-fought rounds, Grant and Rodriguez came away with wins.


For Grant the stakes were especially high, for on the line was a bantamweight belt whose owner - elite grappler Mike Kuhn - had no desire to give away easily. But after a first round that saw Kuhn exhibit some insane aggression and fluidity, it was all about the concise and constant jiu-jitsu barrage of Grant. He took home the clear-cut unanimous decision when time ran out.

Not so clear-cut was the "W" incumbent featherweight champ Rob Scotti snagged over game challenger Hillel Dombroff. For the first two rounds, Dombroff dominated, controlling position and feeding his opponent a steady diet of fists practically at will. But in the third, Dombroff was caught in a guillotine, and despite showing no signs of tapping or losing consciousness, Dombroff saw his championship dreams dashed when the ref stepped in to call a technical decision.

It was at best a bad call. But in the ref's defense, fighter safety is paramount - and ultimately all that matters.

Fighter safety definitely came into play when Ronin Athletic's Vinh Hua took on Carlos Oquendo. Hua wasted no time putting Oquendo on the defensive, and was soon pounding him out, forcing the ref to step in at 1:40 of the first round.

If "performance of the night" bonuses were ever doled out, Luis Gonzalez more than earned his with an eight-second knockout over the veteran Rich Pabon.


Knockouts. Submissions. Wars. It was a fantastic night of fights courtesy of the good folks at NYFE, and while they haven't yet pinned down an exact date for the next show (some time in November maybe?), they've become "can't miss" events.