Victory VII: Kicking All Kinds of Ass at MSG 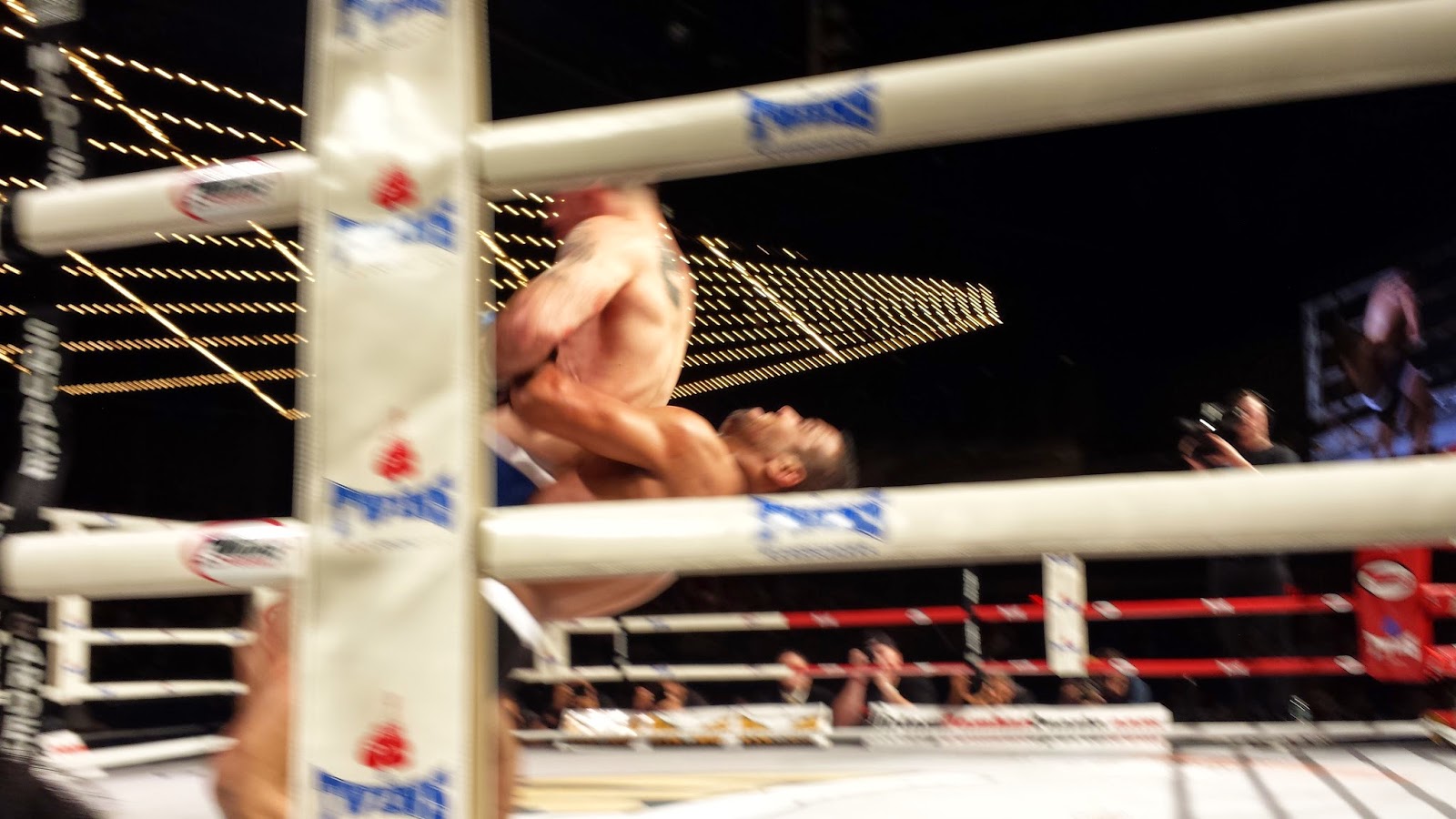 Victory Combat Sports brought it very special brand of action to Madison Square Garden on Friday night, cramming nearly 4,000 people into the Theater for a mixed Muay Thai/amateur MMA card that ended up kicking all kinds of ass.

Though the kickboxing matches provided much excitement - thanks to such rising stars as Chris Kwiatkowski, NJ Mac, Codie Payne and a spirited battle between Jason Van Oijen and Paul Banaslak - it was the historic, first-ever MMA bouts at the venue that were the focal point of the evening. And man, did those fights deliver.

Sporting an Olympic wrestling pedigree and enough raw talent to kill ten lesser men, Ibrahim Farag sent opponent Chris Borders flying with suplex after suplex. Borders was tough as hell and hung in there, but early on his nose was smashed, and for him the vast majority of the contest was simply a struggle to survive. Farag took the clear-cut decision when time expired.

No judges were needed when Kai Next-Level Martial Arts teammates Kat Morales and Eric Taylor entered the ring. For Morales - Aggressive Combat Championship' undisputed female title holder and the best lady fighter in the Big Apple - that meant tapping her foe Victoria Makarova with an armbar early in the first.

Taylor, meanwhile, locked up the tough Bernie Cano in a triangle and TKO'd him with hammerfists, prompting a referee stoppage at the 42-second mark.

Keeping up with the arm-breaking trend was Aaron Sifflet, a very underrated fighter who clashed with Yuting Hong and countered Hong's top game with armbar attempt after armbar attempt. Eventually one of them stuck, and Sifflet came away with the win via tapout.

In terms of knockouts, Hong's teammate Chike Obi won the night via a sudden and thrilling KO over kickboxing stud Ariel Abreu. Ten seconds into Round 3 Obi turned what had been an otherwise all-grappling affair into a face-punching party, and then it was all over.


How good was the first-ever MMA card at Madison Square Garden? Thanks to Victory Combat Sports, it was awesome.