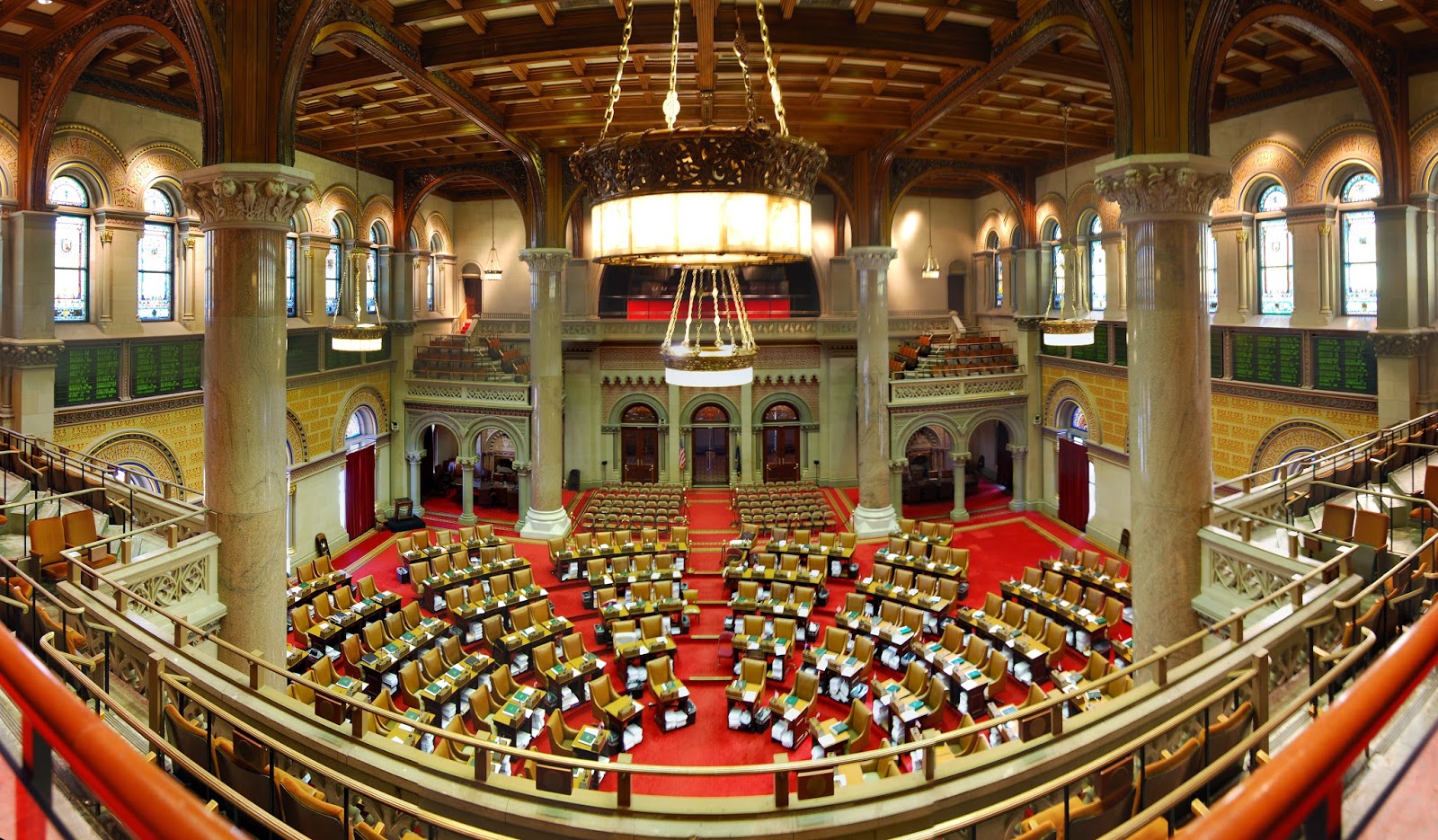 Things are about to change in New York, and they're going to change in a big way. No, I'm not talking about the fact that the ban on professional MMA bouts will finally be lifted after 18 years of legislative smackdown - although that is surely happening and it's a huge deal in its own right. What I'm referring to is the MMA bill that just passed through the Senate and the concurrent piece of legislation that will likely soon get the stamp of approval from the Assembly. Those bills - designated S02159 and A02604 - contain some pretty tight verbiage that will stamp out all amateur MMA in the state.

The 1997 "Combative Sports" law that banned pro MMA ultimately allowed amateur iterations of the sport because of a loophole in how it defined the term "combative sports", a definition that explicitly used the word "professional". The statute also failed to define what the word "amateur" meant, so over the years the traditional definition of the word has been adopted, i.e., one that rests solely on whether or not the competitors are paid and/or receive any sort of prize exceeding 15 bucks in value.

The old law also allows for a "martial arts" exception to the combative sports prohibition. Essentially, any event sanctioned by one of the organizations listed in the statute would be considered a martial arts event, and not subject to the ban.

First, they sew up the amateur loophole by saying that a match is considered professional if the competitors receive a prize OF ANY VALUE or IF AN ADMISSION IS CHARGED to get into the event. That whole "admission is charged" thing is huge, as all events charge admission for spectators to get in and watch.

Second, the martial arts exception is radically altered by the addition into the statute of the phrase "OF A SINGLE DISCIPLINE", and it's used to limit what sorts of events one of the enumerated third-party sanctioning organizations can oversee. These organizations will only be allowed to sanction events that deal only in kickboxing, karate, judo or whatever, but nothing that involves mixing disciplines. And what sport mixes disciplines? If you said "mixed martial arts", you just hit the nail on the head.

The real amateur MMA killer in the bills is this line, though: "No non-professional or amateur bout, exhibition or participant shall be authorized by this section." What does this mean? It means the statute does not give the athletic commission the power to regulate or sanction amateur MMA bouts. (And besides, even if the competitors are unpaid, the bouts will be considered professional if an admission is charged at the door).

But if it doesn't permit the athletic commission to regulate amateur MMA, and it takes away sanctioning powers from third-party organizations, who then can oversee amateur mixed martial arts?

No one. The bills will regulate that aspect of the sport out of existence. The only thing left will be pro mixed martial arts.

That can't be right. In fact, I'm a promoter of amateur MMA events, and I spoke with my legislator and he said the law won't apply to me because my shows are run safely and smoothly.

Buddy, your Senator/Assemblyman works in the legislative branch; meanwhile, the laws are enforced by the executive branch, which in this instance is the New York State Athletic Commission. Thanks to the UFC's lawsuit, for the last few years the athletic commission has been getting raked over the judicial coals because of how loosely they interpreted and enforced the 1997 Combative Sports Law - how loose do you think they're going to be with the new law? (Hint: not very.)

Does this mean that promoters will always have to pay their fighters?

Not explicitly. But because every MMA event that charges admission will be considered professional, and will be regulated by the athletic commission, it means that by law none of those competitors can be labeled as amateur. If they are, the law is being broken.


In an ideal world, the law would grant the athletic commission the power to oversee amateur MMA, or at least give its blessing to those third-party sanctioning organizations who have a proven track record of doing a good job at it themselves. Sadly, the MMA bills that will soon become law say otherwise.
Posted by Jim Genia at 5:53 PM