Five Reasons to Care About Aggressive Combat Championships 12 This Weekend 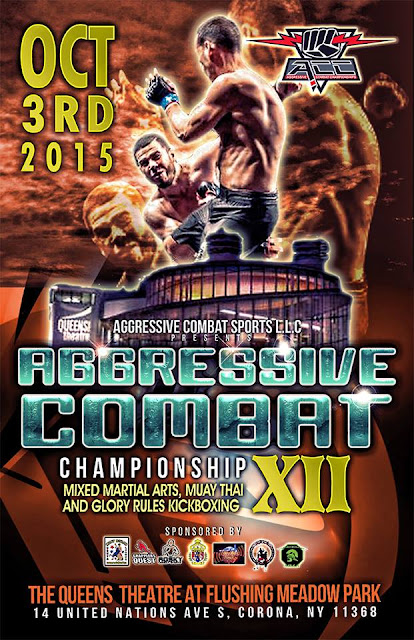 Thanks to a female kickboxer with a gigantic rack, you've been bombarded with stories about this show throughout the Internet - you probably just didn't realize it. That's right, I'm talking about Aggressive Combat Championships 12, which goes down on Saturday night at the Queens Theater in Flushing-Meadows Park, and features some of New York City's best and most promising talent clashing in the cage. In fact, if you're looking for a reason to care about this event, there are five very good reasons why you should buy a ticket (or watch live on NitelineRadio.com)... and they have nothing to do with boobs. 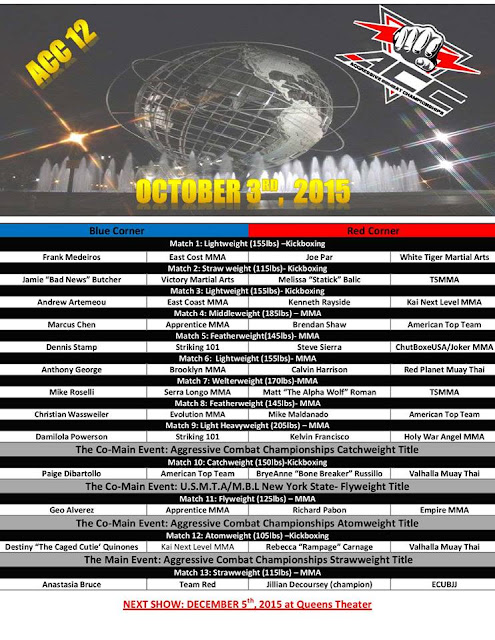