Five Reasons to Be Excited for Tomorrow's Aggressive Combat Championships 13 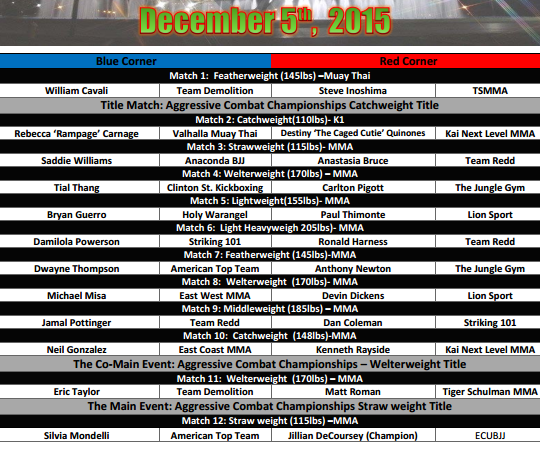 Aggressive Combat Championships is closing out 2015 in style thanks to a solid card set for Saturday night at the Queens Theater (in Flushing-Meadows Park). Want reasons to watch on NiteLineRadio.com or in person? Heck, I've got five of them!