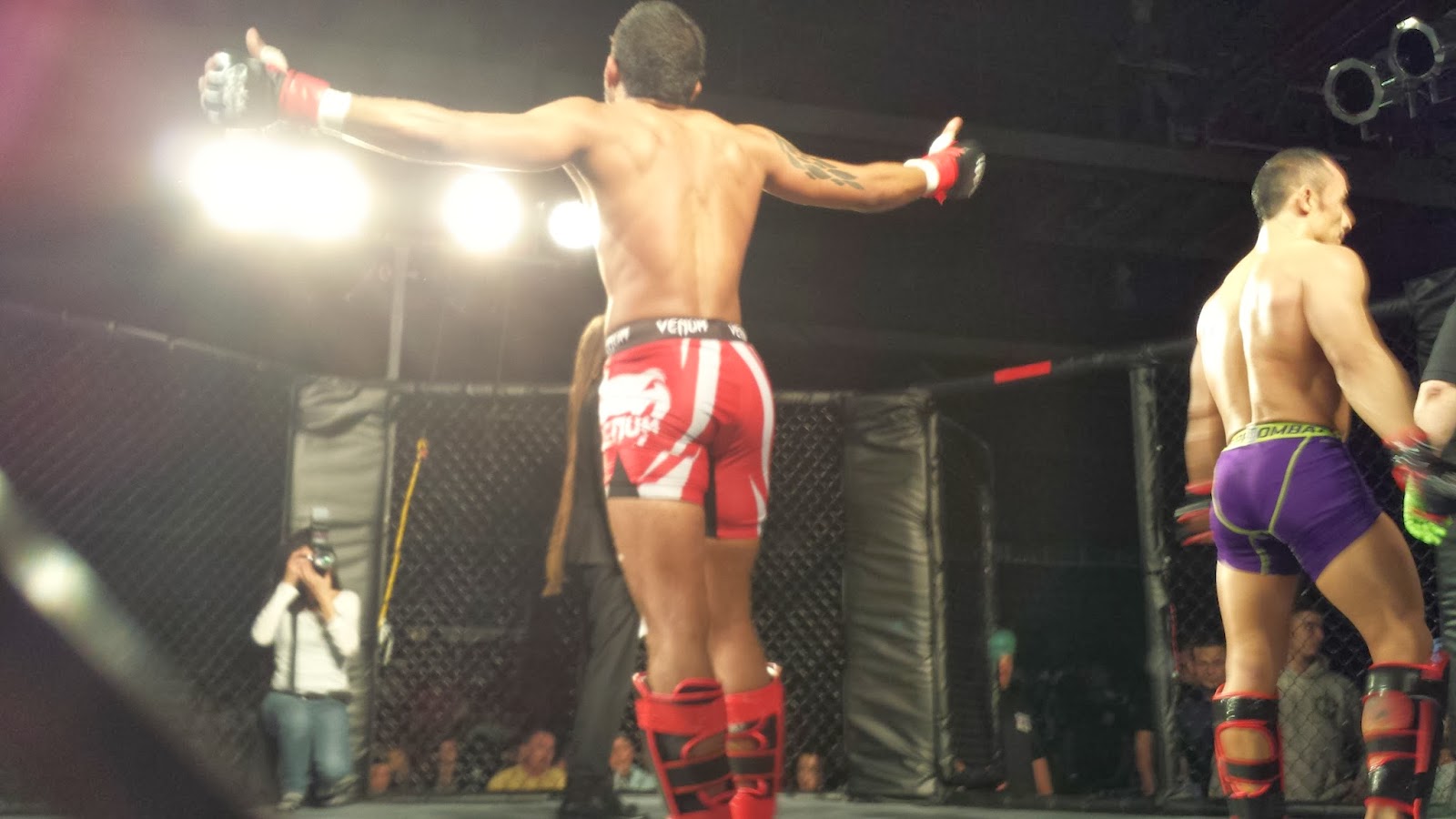 Like the Gregorian calendar's demarcation of the birth of Christ as the starting point for the numbering of years, the timeline of MMA in New York has its own very special Year Zero - a time of rebirth, change and hope. That year is 2012 of course, when, during the course of litigation of Zuffa's lawsuit against the State of New York, the State Attorney General was forced to concede that amateur MMA is and always has been legal. Yup, that was the year that it all began for the scene that exists today - a scene that includes massive 2,000-spectator events in Midtown concert halls and armories, and 1,000-spectator shindigs in high school and college gymnasiums in the Five Boroughs.

The floodgates, as the say, have been opened.

Of the 19 different promotions who put on events in 2013, one has managed to navigate the sudden rushing waters to greatest effect, holding seven MMA events over the course of the year (four more than their nearest competitor). That promotion with the most shows: the Aggressive Combat Championship.

It's Saturday night of Day Five on my week-long odyssey through the New York City MMA scene, and ACC is holding an event at the Fitzgerald Center at Queens College. After a day spent at a judging seminar in Manhattan, I head on out to the borough I call home.

The formula for a successful local MMA show was established long ago. To sell tickets and put asses in seats, you neede to have a card stocked with local fighters - fighters hailing from big schools with proud students who'd arrive en masse and cheer until they're hoarse.

ACC's Eugene Perez and Tom Kilkenny know this, and have been living by this formula for quite some time. Prior to 2012, they'd been putting on multi-discipline events north and east of the city, shows that would feature kickboxing bouts alongside grappling bouts, and boxing matches alongside combat jiu-jitsu contests. With their infrastructure in place and their machine well-tuned and primed, it was nothing for them to make their fight cards into amateur MMA events.

I arrive at the Fitzgerald Center and make my way into the gymnasium. Bleachers surround the cage erected in the center, and as it gets closer to fight time, those seats fill up. I'm cageside, and soon, a glance back reveals nothing but people - people in the bleachers, people standing, people cheering.

The first half of the card consists of six Muay Thai bouts and one of combat jiu-jitsu (which is something akin to Shootfighting). Then, after an intermission featuring some local rapper, come the MMA bouts.

New York State law says literally nothing about amateur MMA competitions - a fact that allows this incarnation of the sport to go on, yet go one completely unregulated and without uniform standards. It is entirely up to the promotions to police themselves. Some don't. Some hire third-party sanctioning organizations, like the World Kickboxing Association or the ISKA. Some create and train their own sanctioning organizations, and use those. The ACC is a part of that third group.

The lack of state sanctioning is an issue unto itself, but in a landscape lacking any official standards, it's good to appreciate the little things. I've been to more than a few NYC shows where injured fighters had to wait for  someone to call an ambulance, or were given ten bucks to take a taxi to the emergency. Once, a fighter's post-fight care was just some Chinese acupuncture. At ACC, there were paramedics on hand, and scorecards, and a referee unaffiliated with any of the competing gyms - all good and positive things.

Of course, what makes or breaks a local show are the teams and their cheering sections, and this ACC had two MMA powerhouses in Team Tiger Schulmann and the Jungle Gym fielding fighters.


ACC has traditionally adhered to a version of the rules the New Jersey State Athletic Control Board uses for amateur MMA bouts (i.e., no ground and pound to the head on the ground, shin pads are required, etc.). But this particular event saw some slightly more pro-like rules for their more experienced fighters.


The event draws to a close and it's barely 11pm - time enough to race home and catch the main event of UFC 170. This ACC installment was pretty entertaining and worthwhile.

As an MMA fan, can you think of a better way to spend a Saturday night?
Posted by Jim Genia at 10:26 AM