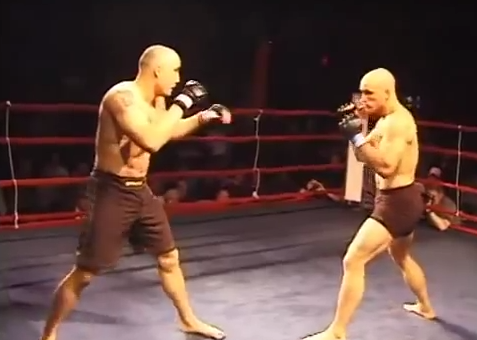 In 2003, the options for taking in some live MMA were pretty thin compared to how they are now - so thin, in fact, that I would often drive up to Massachusetts just to have a show to cover. Thankfully, Massachusetts had a quality organization called Ring of Fury churning out good fights, and though ROF only managed a few installments, some of those bouts were pretty memorable.

Here's the headlining bout of their third show, which featured local favorite Keith Rockel taking on young Canadian up-and-comer Denis Kang. And yes, the venue was a nightclub, which was a pretty new and edgy concept for a fight venue at the time.