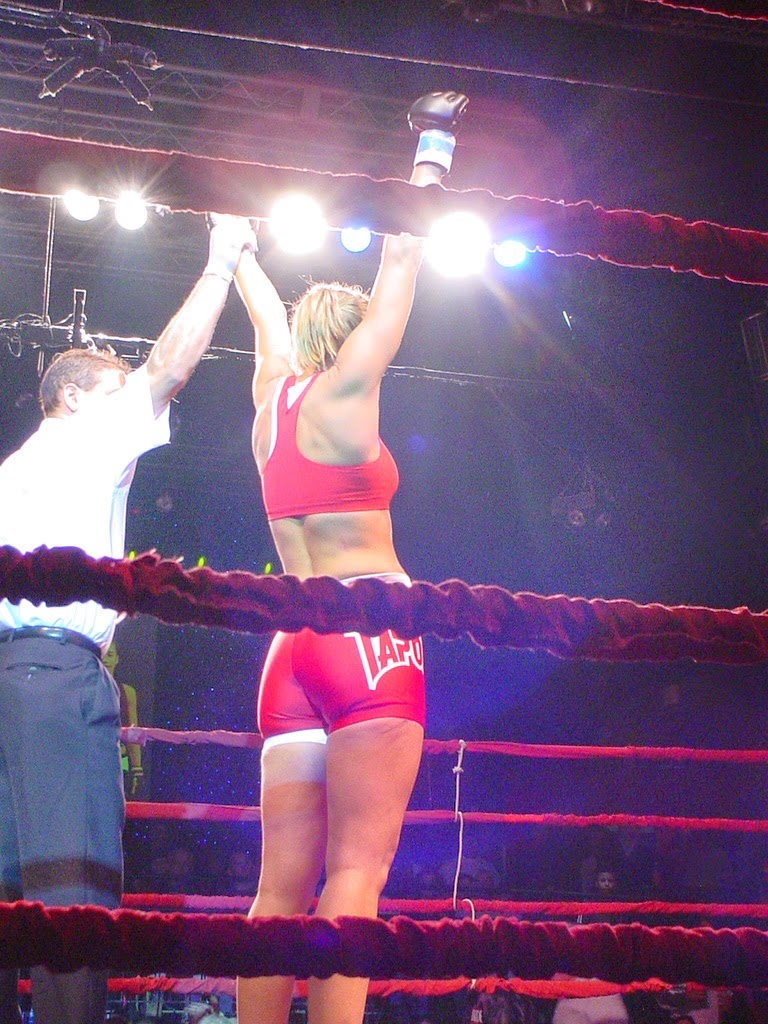 Above is the only pic I managed to take of Shelby Walker's fight against Angela Wilson at Ring of Fury 3 (back on May 3, 2003). Why is that the only pic? Because "Shelbygirl" knocked Wilson out in five seconds, and there was literally no time to do anything other than say "Holy crap!"

I'm pretty sure that record still stands as the fastest KO in female MMA history.

Tragically, Walker passed away on September 24, 2006. But although her time on Earth was cut short, she certainly made an impact on the sport.
Posted by Jim Genia at 6:49 PM